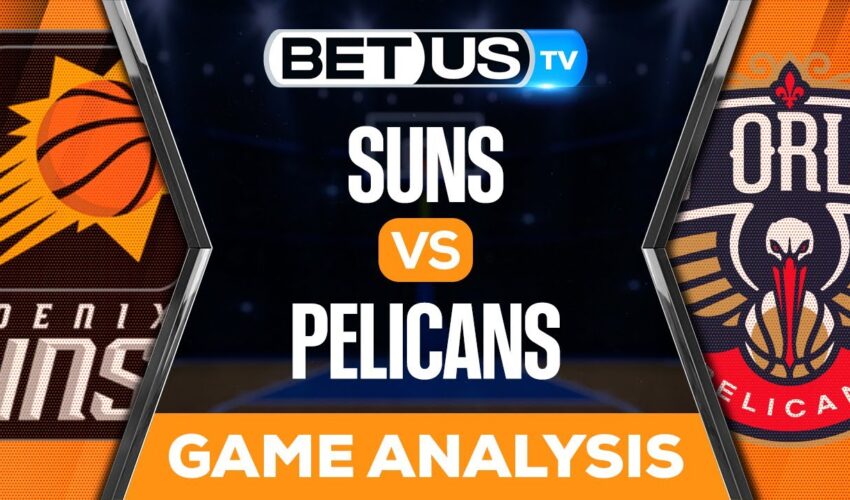 Duel for the Western Conference!

Perhaps we are facing one of the best games of today. We refer to the game between the Phoenix Suns who face the New Orleans Pelicans.

Although the Suns have not had their best games these last two weeks, they are still a very strong team. They come to this game after having lost 3 of their last 5 games played, so their performance has been affected. Even so, they find themselves struggling to reach the top spot in the Western Conference. They currently rank second in that conference, with a 16-9 record and a .640 PCT. According to data from ESPN Analytics and taking into account that the Suns came out victorious in the first game between the two teams, those from Phoenix are favorites to win the game, with a probability of 50.8%.

But they run into one of the surprises of this season. The New Orleans Pelicans team have surprised many with their performance so far this season. The team is already shown as the best team in the Western Conference. Its most important players like Zion Williamson, Jonas Valanciulas and CJ McCollum have been very important pillars for the team in this good moment they are going through. They have a streak of 5 consecutive games without losing, the last time they lost was on November 25 when they lost to the Grizzlies. They are currently in first place in the Western Conference with a positive record of 16-8. According to ESPN Analytics data, the Pelicans have a 49.2% chance of winning the game.

Without a doubt, they are very similar numbers and teams that arrive in almost the same conditions, which makes us expect an excellent and highly contested match, in what may be the game that defines the leader of the Western Conference.

Let’s check the latest NBA picks, news, stats and NBA expert picks for Suns vs Pelicans. We’ve plenty of NBA predictions for you to consider.

The implied probability for these two teams attached to the betting lines have Suns at a 55.56% chance of winning the game, meanwhile Pelicans have 48.78% probability of finishing the game with the W.