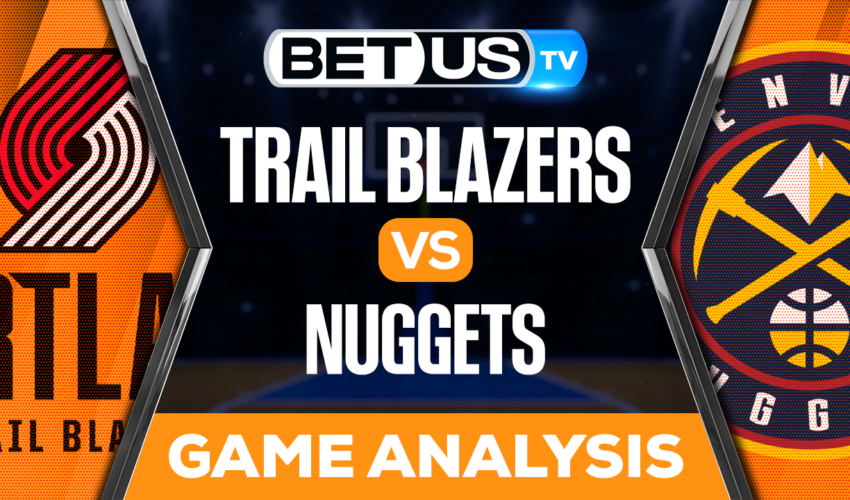 The Denver Nuggets will receive the Portland Trail Blazers this Friday night, hosted at the Ball Arena in Denver, Colorado. Throughout the last couple of seasons, we have definitely seen these 2 teams meeting several times in the playoffs, and having rather clutch games that had tremendous implications on the playoff and postseason campaign in the West division. As such, a strong rivalry was created between the 2 sides, so as of the moment every time these two teams go head to head, it’s more than just a simple game on the court.

The Portland Trail Blazers have lost back-to-back games, both against the Oklahoma City Thunder, and have 3 losses out of their previous 4 matches. Something important to take into account, is that this matchup will be their 6th consecutive game on the road.

On top of that, the Blazers played against the Spurs, Mavs, Rockets and Thunder before this matchup against the Nuggets, we can definitely assume Lilliard is rather tired.

The latest loss was against OKC with a scoreline of 101-98, while the one before was another close affair, 123-121, with the Trail Blazers constantly on top of OKC for the majority of the match. Jerami Grant had 17 buckets in the most recent event, while Lillard didn’t have his night, hitting just two of his 11 three-point attempts for 13 points. Anfernee Simons had one fewer.

Denver Nuggets currently boasts 10 wins at home with 3 losses, with the Ball Arena being one of the most feared castles in the league. Denver has 5 victories in the last 6 contests, with the majority of those games taking place at home.

We believe due to a tough schedule and being an away game Portland will not be able to sustain Denver’s talent. Thus we take a Nuggets win.

Let’s check the latest NBA picks, news, stats and NBA expert picks for Trail Blazers vs Nuggets. We’ve plenty of NBA predictions for you to consider.

The implied probability for these two teams attached to the betting lines have Nuggets at a 65.52% chance of winning the game, meanwhile Trail Blazers have 38.02% probability of finishing the game with the W.