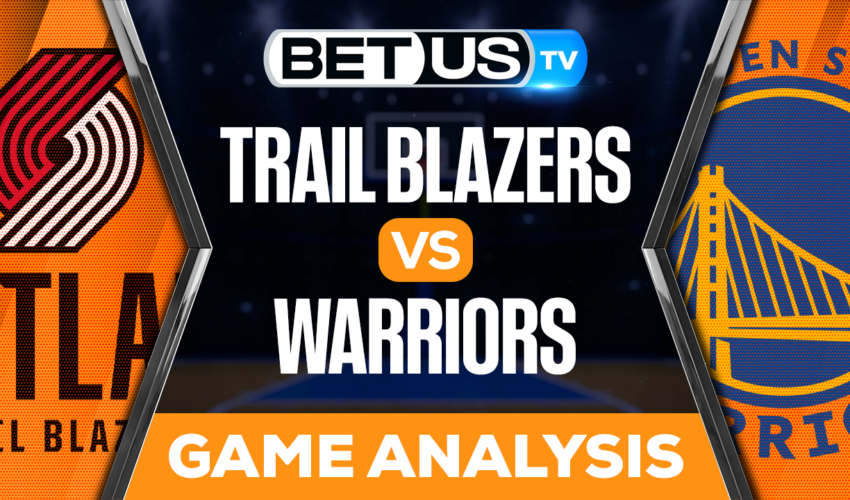 Today we are focusing on the Western Conference matchup between the Portland Trail Blazers and Golden State Warriors at Chase Center as part of the nine-game Friday NBA schedule. For the first time this year, Golden State and Portland square off, and the Warriors are going for their fourth straight win against the Trail Blazers. Unfortunately for Golden State, Stephen Curry’s injury will prevent him from playing.

This past Wednesday, the Golden State Warriors defeated the Utah Jazz 112-107 despite being home favorites, extending their winning streak to three games. The defending champs outscored their opponents 24-13 in the last 12 minutes after shutting down the Jazz in the fourth quarter.

In that game, the Warriors shot 22 for 27 from the field and were 16 for 45 from beyond the arc. Jordan Poole scored 26 points to lead Golden State while Klay Thompson took the day off. Donte DiVincenzo scored 19 points, and Ty Jerome, who came off the bench, chipped in with 17 points and seven rebounds.

The Warriors have won three straight games while holding their opponents to fewer than 110 points after allowing 143 at Brooklyn Nets. The Warriors will chase points in front of the home crowd if Andrew Wiggins stays out, and they might have what it takes to keep the Trail Blazers at bay.

Meanwhile, the Portland Trail Blazers defeated the Charlotte Hornets 124-113 on Monday, improving their season record to 18-16. In front of their home crowd, the Blazers covered the spread by 5.5 points, ending a three-game losing streak. Portland has suffered defeats at Oklahoma City twice, as well as at Denver during that stretch.

Against Charlotte, the Trail Blazers made 50.0% of their field goals. They had a 28/15 assist to turnover ratio while shooting 14 for 38 from three-point range and scoring 25 points on fast breaks. In addition to Jusuf Nurkic’s impressive stat line of 28 points, 15 rebounds, six assists, and three blocks, Jerami Grant contributed 32 points, ten rebounds, five assists, and a few blocks.

Let’s check the latest NBA picks, news, stats and NBA expert picks for Blazers vs Warriors. We’ve plenty of NBA predictions for you to consider.