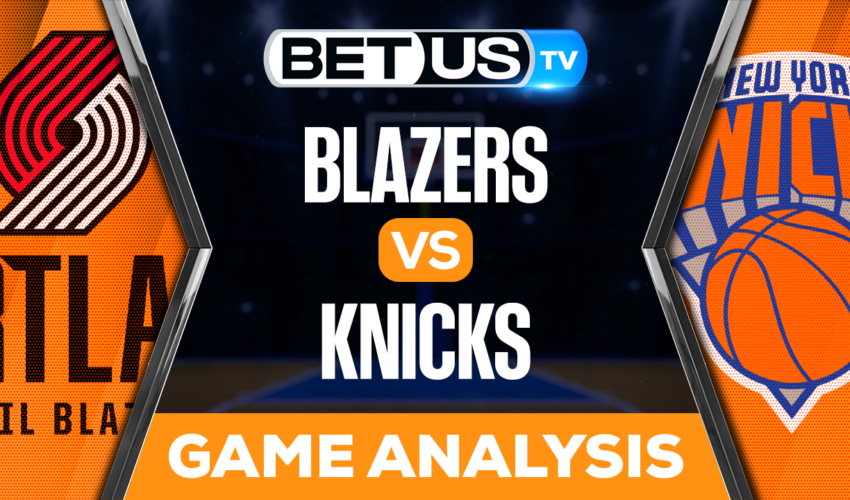 What happened to the Portland Trail Blazers?

This Friday the game will be played between the Portland Trail Blazers who will have to visit New York City to face the Knicks.

But Portland does not arrive at its best moment. Despite having extremely important players such as Anfernee Simons, team leader in scoring with an average of 22.8 ppg, Jusuf Nurkic leader in rebounds, and Josh Hart, leader in assists, they come from a 4-game streak without being able to win, the last The only time they won was on November 15 when they defeated the San Antonio Spurs by a score of 117-110. However, the Trail Blazers have a very important point in favor and it is the fact that they have known how to win as visitors, since out of 10 games away from home they have won 6 of them. The Portland team has a winning record of 10-8 and sit ninth in the Western Conference with a .556 PCT.

Their rival, the New York Knicks team, have had to suffer a lot this season, although they have not been able to demonstrate what was expected of this team, they arrived motivated after beating the Oklahoma team in their last game, a game that would end with a score of 129-119. One of the most important pillars has been Julius Randle, who has been the Knicks player who has scored the most points, with an average of 20.8 ppg.

The New York team has a 9-9 record, they have played 7 home games, of which they have won 4, which can be a point in their favor. They sit ninth in the Eastern Conference with a PCT of .500.

Despite the fact that Portland has a better record, it is the Knicks who arrive with a 68.1% chance of winning the game, against a 31.9% chance for the Trail Blazers.

Let’s check the latest NBA picks, news, stats and NBA expert picks for Blazers vs Knicks. We’ve plenty of NBA predictions for you to consider.

The implied probability for these two teams attached to the betting lines has Knicks at a 62.26% chance of winning the game, meanwhile Blazers have 40.82% probability of finishing the game