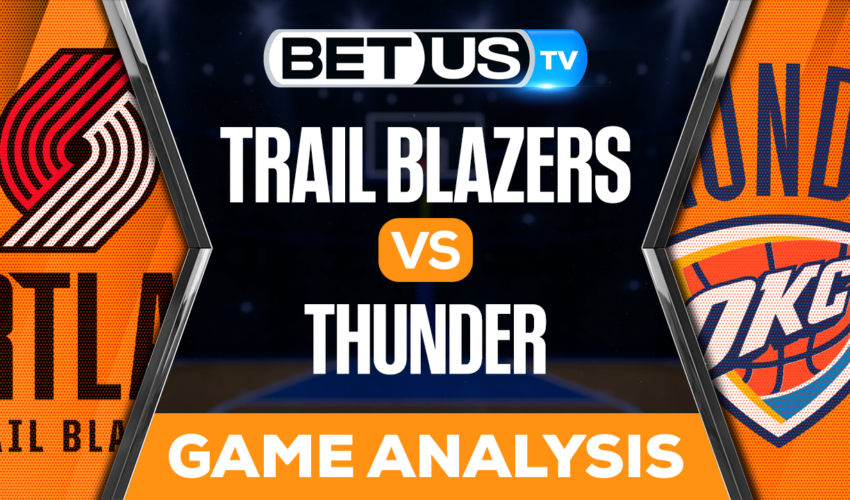 The Portland Trail Blazers are hitting the road as they travel to Oklahoma City to face off against the Oklahoma City Thunder. The last time these two teams met was last week in a very close and thrilling match, with the Thunder finishing up with a 123-121 victory in their books.

The Oklahoma City Thunder performed amazingly during the second half of their last encounter against the Blazers, as they continued to pick up points after points. That said, they will need to find a way to stay hot in this game if they want to present a challenge for the Blazers at home.

The Thunder are currently sitting 13th in the Western Conference standings, seven games behind the Grizzlies. Offensively, they are picking up 115.5 points per game on average, while shooting 46% from the floor. They are scoring the ninth most points per game, though they have the 22nd best shooting percentage.

Defensively, the Thunder concede 117.1 points per game and their opponents shoot 46.5% from the floor. This is the 27th fewest points given up per game, but the 11th lowest shooting percentage allowed. The Thunder have done a pretty good job defending shots near the rim, but their perimeter defense has hurt them this season.

Now looking at the other side, the Portland Trail Blazers currently sit seventh in the Western Conference standings, three games behind the first-place Memphis Grizzlies. On offense, they score 112.6 points per game and shoot 47.7% from the line. They are the 18th highest scoring team per game and have the 10th best shooting percentage.

On the defensive side of the court, the Blazers have struggled to contest outside shots and near the rim. They are currently conceding 112.1 points per game and have allowed opponents to make 47.3% baskets from the floor. This is the 11th fewest points allowed per game, but the 20th lowest shooting percentage allowed from the field.

Let’s check the latest NBA picks, news, stats and NBA expert picks for Trail Blazers vs Thunder. We’ve plenty of NBA predictions for you to consider.

The implied probability for these two teams attached to the betting lines have Trail Blazers at a 62.26% chance of winning the game, meanwhile Thunder have 40.82% probability of finishing the game with the W.