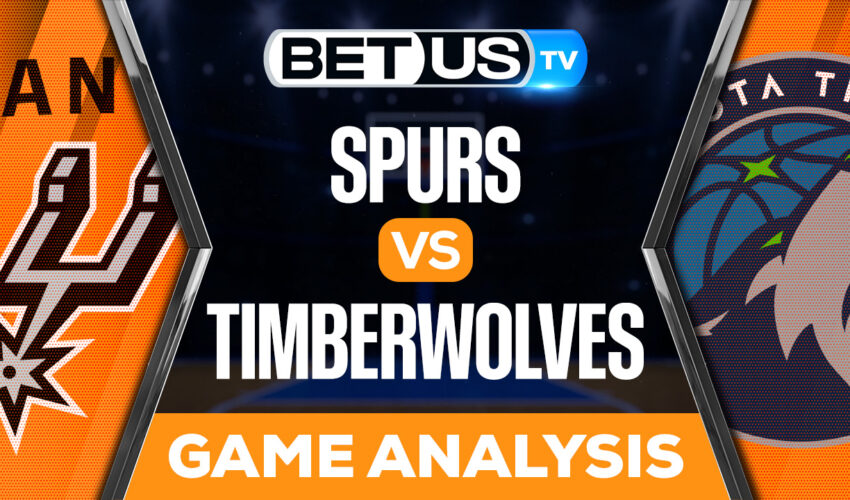 The surprising San Antonio Spurs look to keep their undefeated record on the road intact as they meet up with the Minnesota Timberwolves for the second time in three days. The Spurs sit at 3-1 after Monday night’s win over the Timberwolves in Minnesota. The new-look Timberwolves are 2-2 on the season as they are ready for their rematch with the Spurs.

No better an authority than Spurs head coach Gregg Popovich announced for all to hear that it would be a challenging season for his young Spurs team this season. Popovich understands better than most, especially after dealing his team’s best player, Dajaunte Murray, in the offseason as he continues to tinker with his roster for future success.

They are also amongst the best teams through the first week in assist/turnover ratio, ranking 4th in the NBA thus far. This number is impressive considering the Spurs dealt away their point guard in Dejounte Murray in the offseason. New starter and former Duke guard Tre Jones has the offense in good hands.

The Minnesota Timberwolves are 2-2 on the season as they continue to adjust to a new roster that features all-star center Rudy Gobert and the move of Karl-Anthony Towns to power forward. The Timberwolves came out flat on Monday night and fell behind by as many as 35 points before a late run cut the final deficit to nine points. The Timberwolves have not shot the ball particularly well over four games, particularly from 3pt range. While he is averaging 20 points per game, Edwards is shooting just 25% from 3pt range.

San Antonio is 2-7 ATS in their last nine meetings with Minnesota. With a game under their belt with the Spurs and a day of rest, look for the T-Wolves to come alive on Wednesday and end the Spurs’ three-game winning streak.

Let’s check the latest NBA picks, news, stats and NBA expert picks for Spurs vs Timberwolves. We’ve plenty of NBA predictions for you to consider.

The implied probability for these two teams attached to the betting lines have Timberwolves at a 80% chance of winning the game, meanwhile Spurs have 23.81% probability of finishing the game with the W.