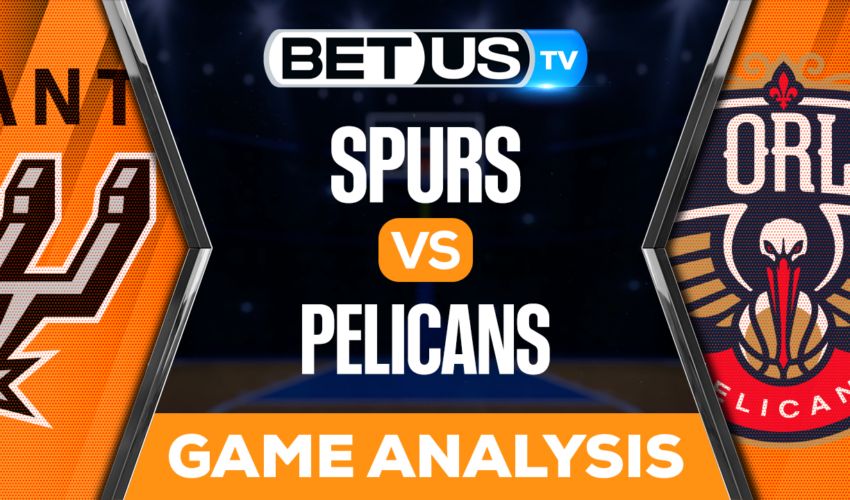 The San Antonio Spurs continue to push forward in this rebuilding season and have won four of their last six games. The Spurs are currently holding a 10-20 record this season and are heading into this one after a dominating win over the Rockets on Monday night. Devin Vassell led the way with 26 points in a 124-105 thrashing of a young Rockets team.

The win halted a streak of two straight losses by the Spurs. The victory was even more impressive by the fact that San Antonio won the match without their top scorer, Keldon Johnson. Johnson missed the game with a lower back contusion. In his absence, Spurs coach Gregg Popovich was able to juggle his lineup to lead his team to victory.

The New Orleans Pelicans have suddenly gone cold and have lost four straight games, pushing them out of first place in the Western Conference. The four consecutive losses come on the heels of a seven-game winning streak for the Pelicans. In their most recent outing, the Pelicans fell to the Eastern Conference-leading Milwaukee Bucks 128-119 on Monday night.

The Bucks jumped out to an early lead and survived a 22-7 Pelicans run to hand New Orleans its fourth straight loss. Center Jonas Valanciunas led the Pelicans with 37 points and 18 rebounds. Zion Williamson, who had averaged more than 30 points in his previous nine games, could only score

Let’s check the latest NBA picks, news, stats and NBA expert picks for Spurs vs Pelicans. We’ve plenty of NBA predictions for you to consider.

The implied probability for these two teams attached to the betting lines have Spurs at a 27.03% chance of winning the game, meanwhile Pelicans have 76.74% probability of finishing the game with the W.