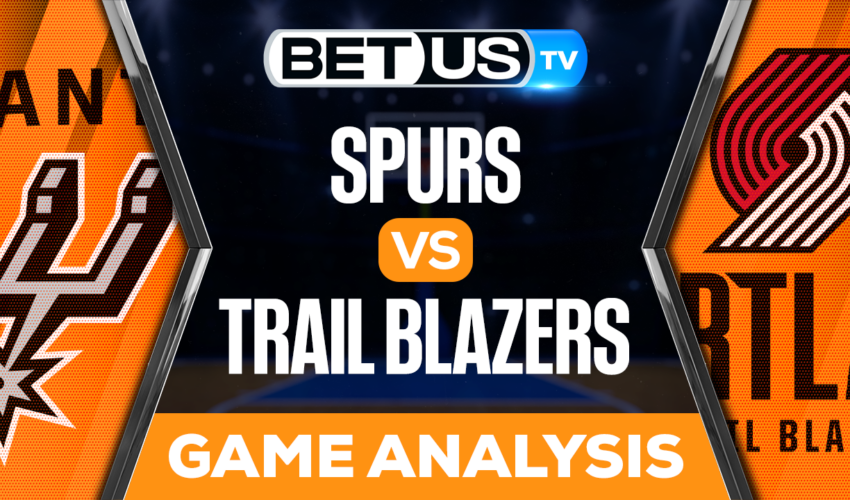 It’s a battle at the bottom of a barrel in the Pacific Northwest tonight. The Portland Trail Blazers host the San Antonio Spurs at the Moda Center in a match they’re heavily favored by oddsmakers. Both teams have players out, Justise Winslow for Portland and Devin Vassell for San Antonio. It really doesn’t get much messier than this in the NBA, both teams are tied in points with 46 to their name. They have the same amount of points than the Houston Rockets who also sit at the bottom of the standings with them. Whoever wins here may be able to separate themselves from the rest as the Rockets are up against an uncompromising Timberwolves squad that is forecasted to take them down quickly tonight.

Let’s check the latest picks, NBA news, stats and NBA expert picks for Spurs vs Trail Blazers. We’ve plenty of NBA predictions for you to consider.

Portland surprised a few experts with their back-to-back victories against Dallas but have failed to replicate this performance against Denver, Philly and the La Lakers. The two victories against Dallas were at home so perhaps there’s something going on there for them as San Antonio is 0-4 playing away from home recently, falling to the Nets, Knicks and Grizzlies. Portland also has the head-to-head going on for them as they’ve beaten San Antonio in 2 of their last 3 encounters dating back to the beginning of 2022.

The Spurs will have to find a way to respond to the legendary Damian Lillard who continues to lead Portland in points and assists. San Antonio has forward-guard Keldon Johnson doing the scoring for them so far. The 23-year-old averages 21.6 points per game which still falls short to Lillard’s 29 points per game. Whenever you look at Keldon’s stats and flip back to Damian you will see the Portland guard boast better numbers in nearly every category, hence the odds you see for this match. Is there a way for the Spurs to stop Lillard and the Trail Blazers? Let’s see what our experts have to say!

The implied probability for these two teams attached to the betting lines have Spurs at a 25.64% chance of winning the game, meanwhile Trail Blazers have 78.72% probability of finishing the game with the W.