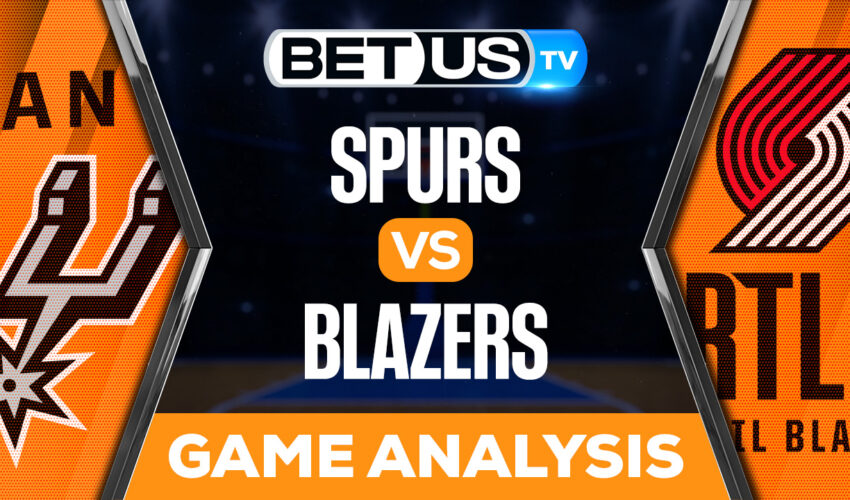 The surging Portland Trail Blazers look to continue their winning ways Tuesday when they host the San Antonio Spurs. The Blazers are 9-4 and are tied atop the Northwest Division while the Spurs are in the middle of the pack in the Southwest Division. The Spurs swept the Blazers 4-0 last season, covering in all four games.

The Spurs have gotten off to a surprisingly good start, considering they traded away their best player, Dejounte Murray in the offseason to the Hawks. They are in the middle of a four-game road trip, having played the Warriors Monday night. They got hammered by the Warriors 132-95 to fall to 6-8. They are now 3 games behind first place Memphis in their division.

The Spurs shot a dreadful 36% from the floor and 25% from three in the loss. There was very little offense as Keldon Johnson led the way with 15 points while Jeremy Sochan and Keita Bates-Diop each had 12 points. Josh Richardson added 10 points off the bench.

The Blazers have been one of the surprise teams on the 2022-23 season. They have raced out to a 9-4 start and lead the Northwest Division, tied with 9-4 Denver and 10-5 Utah. However, they are coming off a 117-112 loss at Dallas on Saturday as a 7-point underdog, so they will be looking to get back in the win column here.

This is a tough spot for the Spurs, they’re on the road, traveling from Golden State, where they played Monday, to face one of the best teams in the conference the next night. That’s a tall order for any team, but particularly a young team like the Spurs. This is a winnable game at home for the superior team facing an opponent playing a back-to-back. It’s a no brainer, so the Blazers should have no problem getting rid of the Spurs.

Let’s check the latest NBA picks, news, stats and NBA expert picks for Spurs vs Trail Blazers. We’ve plenty of NBA predictions for you to consider.

The implied probability for these two teams attached to the betting lines have Spurs at a 27.55% chance of winning the game, meanwhile Trail Blazers have 76.19% probability of finishing the game with the W.