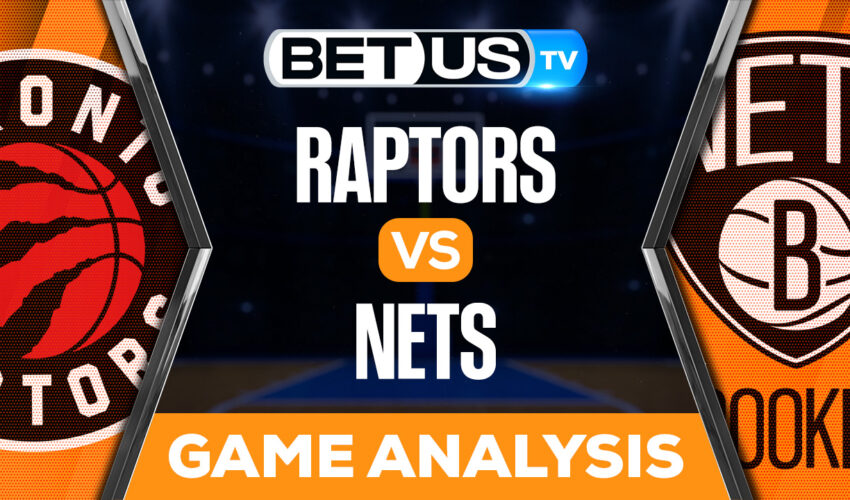 The New York Nets will welcome the Toronto Raptors this Friday for a duel at Barclays Center. The game is scheduled for 7:30 PM EST.

Let’s see how these teams are coming into this matchup. Let’s start with the Nets, coming off a thrilling win against the Washington Wizards. The Nets are in eighth place in the Eastern Conference, far behind the first place Celtics. Their offense averages 111 points per game on 50% shooting from the field.

Defensively, they currently allow an average of 110 points per game. The ninth lowest amount of points allowed. The truth is that their defense falters quite often costing them a lot of points.

On the other hand, the Raptors are coming off a loss to the New Orleans Pelicans (126-108). Like the Nets, the Raptors have struggled with their defense, allowing the Pelicans to shoot from the field on several occasions, and will no doubt need to put more pressure on the Nets to avoid a two-game losing streak.

The Raptors’ defense also falters, allowing 109 points per game. They allow their opponents to shoot 35% from the three-point line and are grabbing 43 rebounds per game. They will have to be even more sure of missed shots if they want to avoid losing the game.

The stats are quite similar, although the Raptors have a better defensive rating. A close game is expected, these teams know each other very well and I don’t think that playing at home will be enough for the Nets.

Let’s check the latest NBA picks, news, stats and NBA expert picks for Raptors vs Nets. We’ve plenty of NBA predictions for you to consider.

The implied probability for these two teams attached to the betting lines have Nets at a 45.45% chance of winning the game, meanwhile Raptors have 58.33% probability of finishing the game with the W.