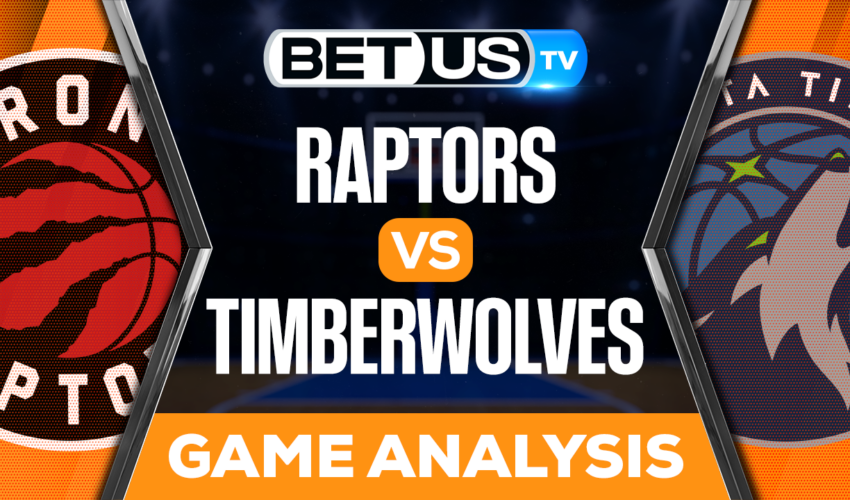 The Minnesota Timberwolves will face the Toronto Raptors this Thursday night at Target Center. The Raptors have lost two of their last three games, the most recent loss coming against Milwaukee 130-122. In this game, Minnesota will try to snap a two-game losing streak after falling against Utah and Denver.

Minnesota is one of the most inconsistent teams in the NBA this season. The Timberwolves had a great start this year, winning their first four games until they fell against Detroit 135-118. Anthony Edwards led the offense with 23.7 points per game, followed by Karl-Anthony Towns with 20.8. However, Edwards is questionable for this game, so they will have to put in some extra effort. The Timberwolves come into this game ranked twelve in scoring with an average of 115 points per game. Now they face a defense ranked ninth with only 112,1 points allowed per game.

The Raptors did not have the best start this year when they lost their first three games against Indiana, Milwaukee, and New York. After that, they improved and won their next three games, including an overtime victory over the Knicks 123-121. This improvement was not enough because Toronto could not beat Milwaukee, even though the Bucks played without their superstar Giannis Antetokounmpo.

The Raptors do not have the best offense, ranking 22 in the NBA this season. Pascal Siakam led the offense with 25.5 points per game, followed by Fred VanVleet with 18.7, Gary Trent Jr. with 18.5, and O.G Anunoby with 17.6.

The Timberwolves are having a rough time after that loss against Milwaukee, and now they face a team who had the opportunity to rest this Wednesday. Also, Minnesota is dealing with some injuries making this game even harder.

Let’s check the latest NBA picks, news, stats and NBA expert picks for Raptors vs Timberwolves. We’ve plenty of NBA predictions for you to consider.

The implied probability for these two teams attached to the betting lines have Raptors at a 66.67% chance of winning the game, meanwhile Timberwolves have 37.04% probability of finishing the game with the W.