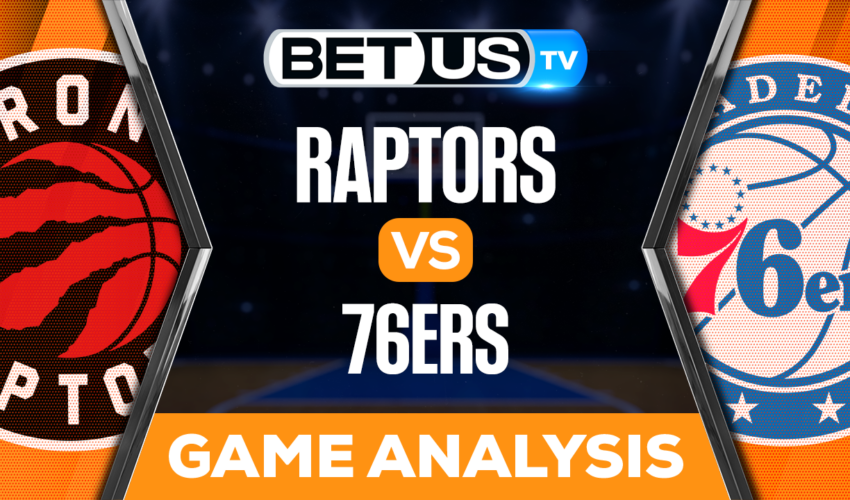 This Monday night we will be able to enjoy an NBA showdown. The Philadelphia 76ers welcome the Toronto Raptors for a duel at the Wells Fargo Center. The game is scheduled for 7:00 PM ET. Toronto is coming off an unlucky streak of five straight losses, while the 76ers are coming off a four-game winning streak.

The Sixers come into this game rested and their offense is being led by none other than Joel Embiid, an MVP candidate. He is averaging 37 points per game, 10 rebounds and two blocks. He is the NBA’s leading scorer this season. And he has as teammate James Harden, who averages another 23 points and 12 assists per game. It is normal that they manage such good shooting percentages, having such quality shooters.

On the other hand, the Raptors are a balanced team. They move well on both sides of the court and are very good at offensive rebounding. Their main problem has not been not being able to score, but giving that last push to close the scoreboard. Their last few losses have been very close, except for the most recent one against Golden State.

They have a good quality of talent on the roster, but they will need to come into this game more motivated and determined if they want to cover the scoreboard and put an end to this losing streak.

Embiid has been playing incredibly well and is an MVP contender. He has had 30+ points in six straight games including an astounding 53-point game for the win against Charlotte. While the Raptors have already played Embiid repeatedly, it probably won’t be enough to slow him down. As he is at a very strong point in his career right now. Even for Toronto’s best defenders Embiir right now would be a nightmare. In this game I’m rooting for the Sixers and their rampaging monster Joel Embiid.

Let’s check the latest NBA picks, news, stats and NBA expert picks for Raptors vs 76ers. We’ve plenty of NBA predictions for you to consider.

The implied probability for these two teams attached to the betting lines have Raptors at a 28.57% chance of winning the game, meanwhile 76ers have 75.00% probability of finishing the game with the W.