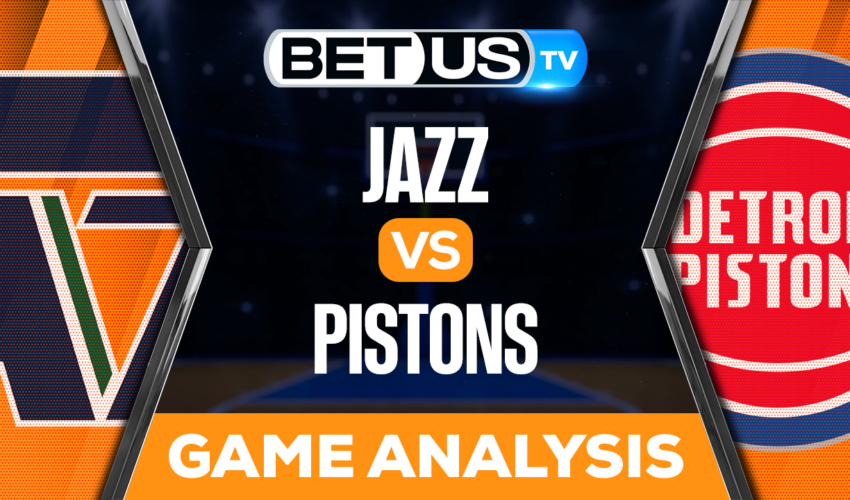 The Utah Jazz will clash against the Detroit Pistons on Tuesday at Little Caesars Arena. Detroit is currentlying holding a 8-24 record this season so far, while being 4-11 at home.

On the other hand, the Jazz are holding a 17-16 record overall and are 6-11 as visitors. The Pistons come into Tuesday’s game with five losses in their last six games. The Jazz, meanwhile, are 2-2 in their last four games.

On Sunday, the Pistons came close but came up short, falling 124-121 to the Brooklyn Nets. The Pistons led 71-54 at the half, but could not hold the lead. Detroit’s loss came despite a quality game from forward Bojan Bogdanovic, who scored 26 points.

The Pistons are heading into this one averaging 111.3 points per game this season, which is 19th in the NBA. Defensively, Detroit is conceding 117.9 points per game, making them look not that great on paper.

Meanwhile, things couldn’t have gone much worse for the Jazz, as they lost 122-99 to the Cleveland Cavaliers on Monday. Utah was down 90-71 at the end of the third quarter, which was too much to recover from. One silver lining for the Jazz was the play of forward Lauri Markkanen, who scored 24 points in addition to six rebounds.

Utah is fourth on offense and 25th on defense, so the team has a distinct advantage when it comes to scoring. Even with Olynyk and Sexton out, we can expect the Jazz to win this game and stay in the playoff conversation in the West. Utah is also solid in the second leg of back-to-backs this season, going 5-3 against the spread.

Let’s check the latest NBA picks, news, stats and NBA expert picks for Jazz vs Pistons. We’ve plenty of NBA predictions for you to consider.

The implied probability for these two teams attached to the betting lines have Pistons at a 45.45% chance of winning the game, meanwhile Jazz have 58.33% probability of finishing the game with the W.