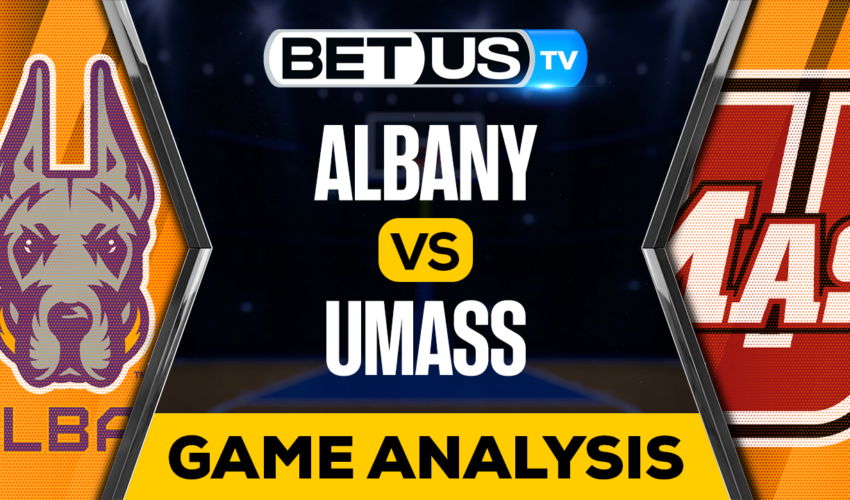 The Albany Great Danes are currently 3-6 in the 2022-23 NCAA Basketball league. They are sadly coming from defeat in their previous match against the American Eagles which ended 88-62.

They will look to take on the UMass Minutemen, who are quite high in the standings 6-1, including a 5 game win streak. The match will be hosted at the William D. Mullins Memorial Center today.

The Great Danes’ 3 wins have come against teams such as the Immaculata Mighty Macs (74-47), the Union Dutchmen (87-75), and the Presbytarian Blue Hose (68-65). Previous opposition sadly can not compare to the caliber of the Minutemen which will definitely pose a serious threat.

Albany is averaging 67.7 points per game while conceding a high 73.7 points. Something to note is their 3 point shooting at 35.4% which is quite decent, and can definitely force Umass to cover the perimeter.

The UMass Minutemen’s only loss came against the Townson Tigers (67-55), which on paper was not that close at all. They now have a chance in their own backyard to take their 7th win.

The team is looking quite stable when it comes to the offense with an average of 70.0 points per game. Their shooting from the 3 point line is quite good with a 39.0% which ranks them 26th in the league, on top of that, their field goal percentage stands at 43.1% also contributing to the team’s success.

There have been no recent matchups between the two sides. As such they will be meeting for the first time this season and the Minutemen are the absolute favorites to take this one home. Their 3 point shooting is too strong and will be looking to use that home advantage to the maximum. Expect a swift win against Albany.

Let’s check the latest NCAAB picks, news, stats and NCAAB expert picks for Albany Dnes vs UMass. We’ve plenty of NCAAB predictions for you to consider.

The implied probability for these two teams attached to the betting lines has UMass at a 93.55% chance of winning the game, meanwhile Albany has 10.81% probability of finishing the game with the W.