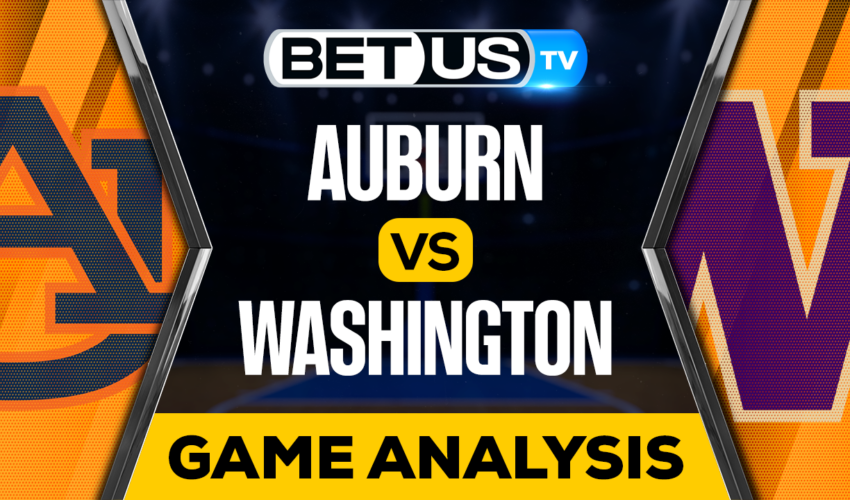 This Wednesday, December 21, we will enjoy a college basketball showdown when the Washington Huskies welcome the Auburn Tigers to Alaska Airlines Arena at 21:00 EST. The hosts come into this game after a crushing win against Idaho 90-55 while the Tigers are coming off a close loss to the USC Trojans 74-71.

The Huskies are having a very good season and come in with a 9-3 record. They come into this game on a two-game winning streak including their crushing loss to Idaho. Keyon Menifield scored 13 points in the win.

The team overall averages 73 points per game which makes their previous game their best performance of the season. The offense is led by Keion Brooks with 16.8 points per game and 6 rebounds, followed by Cole Bajema with 10 points and Braxton Meah with another 9. The defense is also playing well allowing only 64 points per game, so let’s hope they keep this pace against Auburn if they want to win.

The Tigers are also doing well this season coming in with a 9-2 record. They went on an impressive 8 game winning streak until their loss to Memphis. Unfortunately they are coming off a loss to the Trojans in a very close game. Auburn averages 72 points per game and the offense is led by Wendell Green Jr. with 12 points per game and 3 rebounds. Johni Broome and K.D. Johnson also average double figures. The defense is allowing 62 points although in the loss to the Trojans they allowed 74, they will have to bounce back and change their mentality if they want to even face the Huskies.

Let’s check the latest NCAAB picks, news, stats and NCAAB expert picks for Auburn vs Washington. We’ve plenty of NCAAB predictions for you to consider.

The implied probability for these two teams attached to the betting lines has Auburn at a 62.26% chance of winning the game, meanwhile Washington has 40.82% probability of finishing the game with the W.