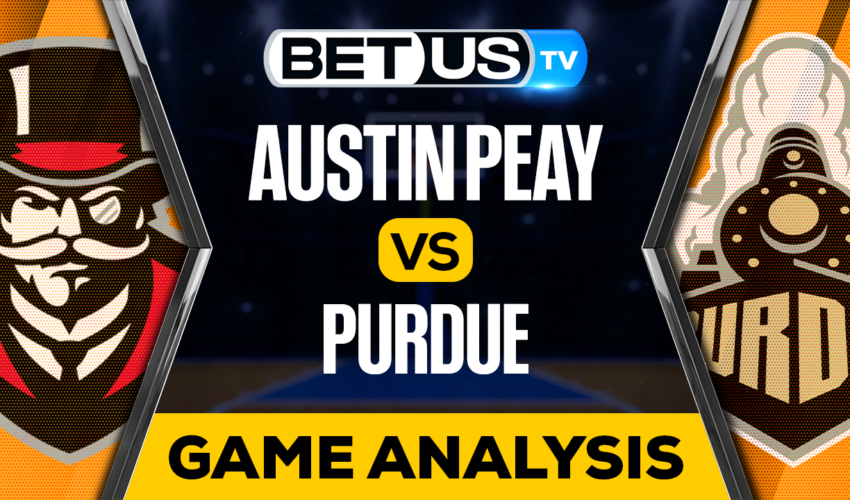 Week 2 of the NCAAB is played and the teams are already beginning to give everything to achieve their goal this season. This Friday the game will be taking place between the Purdue Boilermakers who will be receiving the Austin Peay Governors team at their home.

The home team already showed the previous match that they are coming very strong, with a team with new faces like Will Berg, Camden Heide, David Jenkins Jr and Trey Kaufman-Renn who come to show why they came to the team. They also lose very valuable players like Jaden Ivey who averaged a total of 17.3 points per game last season, for which team coach Matt Painter will have a difficult task finding a replacement for Ivey. Pardue was one of the most stable teams last season, where they finished with a positive record of 29-8, so they come into this season psyched to improve that record. And what better way to start the season than with a win in their first championship game. The Purdue Boilermakers managed to beat the Milwaukee Panthers on November 8 by a score of 84-53, where the team showed its power when attacking and knew how to hurt its rival.

Meanwhile, the visiting team, the Austin Peay Governors, did not have a good time in their first game, where the team was seen with many deficiencies and it shows that the casualties of the previous season have affected them. The team arrives very affected after losing its first game on November 7 against the NC State Wolfpack by a score of 99-50. A game where his coach Kevin Keatts did not know how to correctly propose the strategies to be able to beat the rival. And where players like Sean Durugordon and Caleb Stone-Carrawell could not find their best version to contribute to the team.

The Purdue Boilermakers come in as favorites and according to ESPN Analytics they have a 92.8% chance of being able to win at home, against just a 7.2% chance for the Austin Peay Governors.

There is no doubt that both teams arrive with the aim of winning, one of them to continue winning at the start of the season and the other to wash their faces and be able to remedy the dismal previous game.

Let’s check the latest NCAAB picks, news, stats and NCAAB expert picks for Austin Peay vs Purdue. We’ve plenty of NCAAB predictions for you to consider.