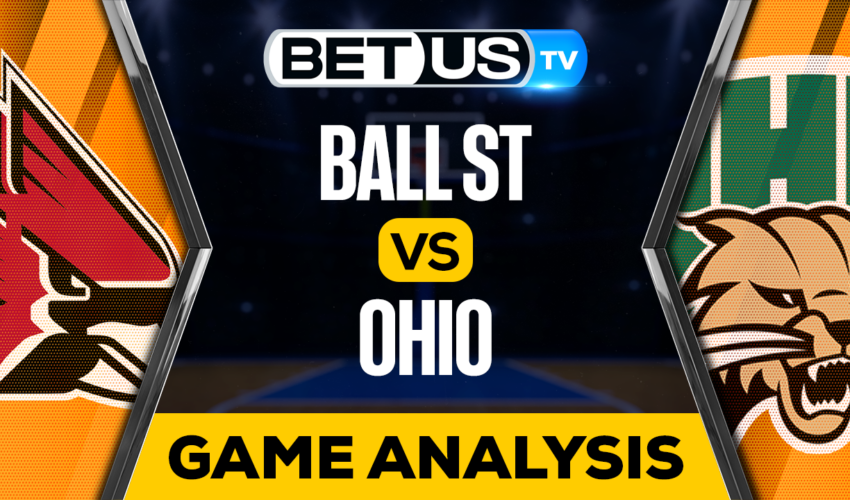 On Tuesday, the Cardinals of Ball State University take on the Bobcats of Ohio University at the Convocation Center. The Cardinals are a perfect 2-0 in conference play and have won seven straight games. Meanwhile, the Bobcats’ most recent game was an 88-79 defeat against Bowling Green, dropping them to 0-2 in MAC play.

The Bobcats have gone 3-for-5 in their most recent games but have struggled in conference, losing their first two contests. In the MAC preseason basketball poll, Ohio was picked to finish in second place, just behind Ball State. The Buckeyes shot 44.3% from the field and 10-for-21 from 3-point range, but they couldn’t secure the defensive stops they needed to win on the road.

Ohio outrebounded the Falcons, including 13 offensive boards, but they were careless with the ball, committing 14 turnovers. In terms of field goal percentage, BGSU shot 49.2 percent. The Bobcats put up 77.2 points on 45.5% shooting, including 36.5% from deep. The Buckeyes grab an average of 36.4 boards per game, good for 32nd in the nation.

According to the Mid-American Conference preseason poll, Ball State was predicted to finish in fourth place. The Cardinals have not been defeated since early December, establishing themselves as genuine MAC title candidates.

Ball State overcame a one-point halftime deficit to defeat Akron by 7. BSU made 39.7 percent of their field goal attempts, making 3 of 14 threes and 21 of 28 free throws. The Cards outrebounded Akron 37-33 and had 17 offensive boards, while also causing the Zips to turn the ball over 17 times. The team was led by Payton Sparks, a sophomore center who scored 15 points and grabbed eight boards.

The winning streak for Ball State might come to an end against Ohio. The Bobcats outscore their opponent by a wide margin, have five or more players who can consistently put up double-digit points every game, and take better care of the ball than their rival. Ohio is in desperate need of a conference victory and will give it their best in their home game against the Cardinals.

Let’s check the latest NCAAB picks, news, stats and NCAAB expert picks for Ball State vs Ohio. We’ve plenty of NCAAB predictions for you to consider.

The implied probability for these two teams attached to the betting lines has Ball State at a 47.62% chance of winning the game, meanwhile Ohio has 56.52% probability of finishing the game with the W.