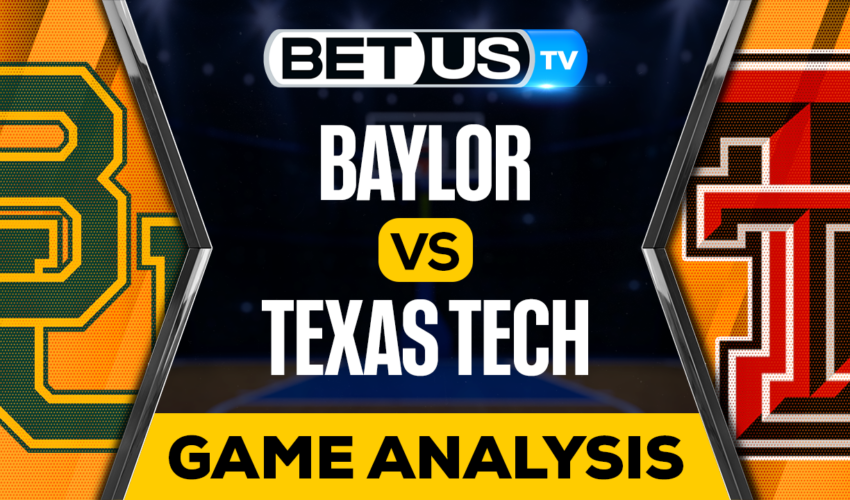 On Thursday, January 17, a matchup between two Big 12 Conference teams will take place at United Supermarkets Arena in Lubbock, Texas. The Texas Tech Red Raiders are aiming to pick up their third straight victory over the Baylor Bears and, at the same time, snap their 2-game winning streak.

The Baylor Bears won two straight games over West Virginia and Oklahoma State after losing their first three conference games against Iowa State, TCU, and Kansas State. In their last outing against Oklahoma State, the Bears managed to keep the Cowboys to just 23 points in the first half last Saturday and controlled the game from start to finish.

Both sides of the ball were dominated by Baylor against Oklahoma State. The Bears had a terrific 18/11 assist-to-turnover ratio while shooting 46.3% from the field, compared to the Cowboys’ 38.3% field goal. Junior forward Jalen Bridges and senior forward Flo Thamba each scored 12 points, while junior guard LJ Cryer led Baylor with 16 points. Senior guard Adam Flagler contributed with 11 points and eight assists.

Now looking at the other side of the court, the Texas Tech Red Raiders are currently on a five-game losing streak after their 72-70 loss to the Texas Longhorns on Saturday. During that stretch, the Red Raiders lost 84-50 to the Iowa State Cyclones and also picked up a difficult 68-63 OT loss against the Oklahoma Sooners.

The Red Raiders made an effort to improve upon that abhorrent performance against the Cyclones, but all they were able to accomplish at Austin’s Moody Center was blow a double-digit second-half lead. The Longhorns scored 47 points against Texas Tech in the second half. The Red Raiders had a dismal 8/15 assist-to-turnover ratio and shot 39.3% from the field (8-for-21 from beyond the arc).

Texas Tech has lost four of its five conference games by six points or less. This match will be a great opportunity for them to bounce back as they can exploit Baylor’s porous defense. The Raiders have more than enough tools to handle the Bears’ formidable backcourt, and they love to get to the foul line, while the opposition actually struggle to keep their opponents off the line.

Let’s check the latest NCAAB picks, news, stats and NCAAB expert picks for Baylor vs Texas Tech. We’ve plenty of NCAAB predictions for you to consider.

The implied probability for these two teams attached to the betting lines has Baylor at a 45.45% chance of winning the game, meanwhile Texas Tech has 58.33% probability of finishing the game with the W.