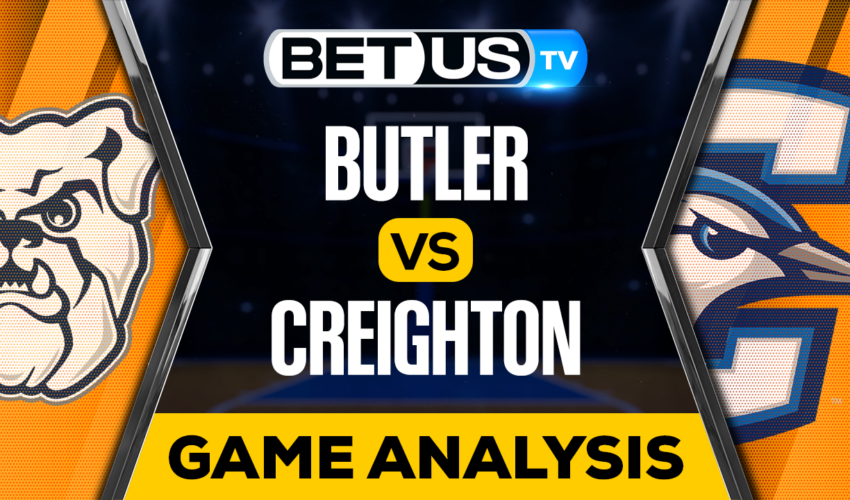 Two programs from the Big East will arrive on the court at the Cornhusker State, looking to show their best performance yet. The Butler Bulldogs are on the road as they drive to battle against the Creighton Bluejays this Thursday night. Butler is coming off a 68-46 home loss to #3 place UConn in their previous match on Saturday night. Creighton was defeated 69-58 on the road by Marquette in their most recent matchup last Friday.

The Bulldogs currently have an average of 72.6 points per game on 2022-23, which places them 175th in the nation at scoring offense. Butler takes 32.7 rebounds per match, while diming 14.1 assists per match. The Bulldogs are quite good on the defensive end, ranking 66th in scoring defense as they only conclude 63.7 points per game this season.

The Bluejays combine for an average of 76.3 points per game so far this season, placing them 111th in the nation at scoring offense. Creighton shows their big post playbook with 37.3 boards per game while dishing out 16.1 assists. The Bluejays are an average defensive teams they currently allow 69.2 points a game.

Ryan Kalkbrenner captains the team as he averages 15.9 points on top of 7.6 rebounds per game in 2022-23. While Arthur Kaluma , Baylor Scheierman, Trey Alexander and Ryan Nembhard each are incredibly putting up double figures this season for the squad.

Fredrick King, Francisco Farabello, Mason Miller, Ben Shtolzberg and Shereef MItchell are also contributing from the bench and reserves. The Bluejays are shooting 45.8% from the floor on the year, showing decent efficiency from range. Creighton connects on 33.4% of their attempts from deep while netting 8.8 3 pointers per match.

After looking at both rosters we take a Butler win.

Let’s check the latest NCAAB picks, news, stats and NCAAB expert picks for Butler vs Creighton. We’ve plenty of NCAAB predictions for you to consider.

The implied probability for these two teams attached to the betting lines has Creighton at a 78.26% chance of winning the game, meanwhile Butler has 25.97% probability of finishing the game with the W.