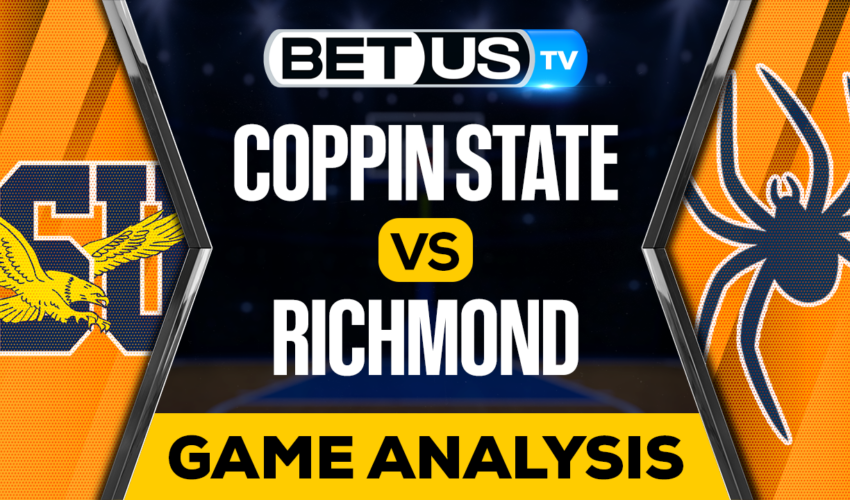 Before we close out the year we still have to witness another college basketball showdown when the Richmond Spiders welcome the Coppin State Eagles to the Robins Center. The hosts are coming off a win over Bucknell 81-71 while the Eagles suffered a crushing loss to George Mason 91-53.

The Eagles did not have the best start to the season losing two games in a row against Charlotte and Georgetown. We thought everything would change when they managed to get a streak of three consecutive victories but they saddened us by falling into a bad streak of four losses and since then everything has been very irregular.

Now they come into this game after a crushing loss to George Mason where they did not dominate at any time. Sam Sessoms put his heart and soul into this game leading the offense with his 17 points, 6 rebounds and 3 assists but it was not enough to take the win.

On the other side we have the Spiders who started the season well getting two wins over VMI and Northern Iowa but then surprised us by falling into a three game losing streak and from that point on everything has been pretty inconsistent. They have managed to alternate wins and losses this time coming off a win over Bucknell 81-71 where the offense was led by Tyler Burton with 29 points and 6 rebounds.

Both teams have been pretty inconsistent this season so this could be a close game. Personally I think the Eagles are better armed and have an offense potent enough to penetrate Richmond. The Spiders defense won’t be able to do anything so I’m going with the Eagles.

Let’s check the latest NCAAB picks, news, stats and NCAAB expert picks for Coppin State vs Richmond. We’ve plenty of NCAAB predictions for you to consider.

The implied probability for these two teams attached to the betting lines has Coppin State at a 12.58% chance of winning the game, meanwhile Richmond has 91.27% probability of finishing the game with the W.