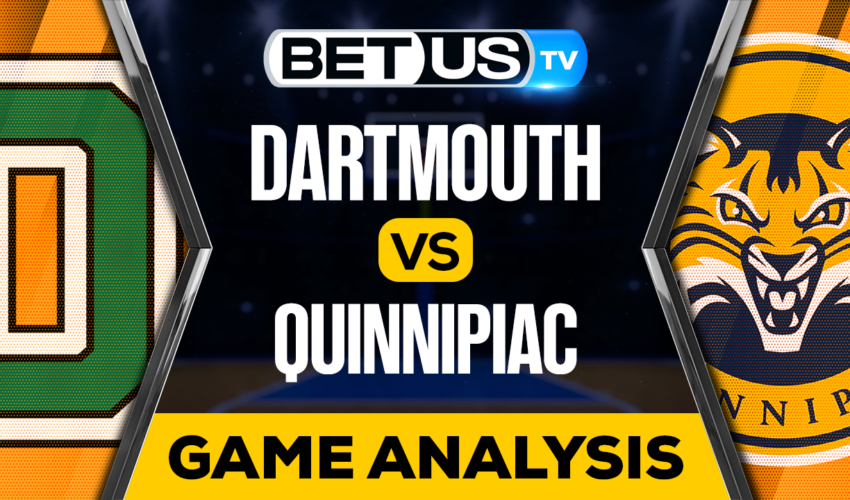 In the third game of the NCAAB to be played this Tuesday, we will have a game between a team that arrives undefeated and another that comes from a victory that fills them with motivation to face that game. We talked about the game between the Dartmouth Big Greens and the Quinnipiac Bobcats.

The Dartmouth team comes from a victory in their last game against MCLA by a score of 107-52, however they lost their first two games for an initial record of 1-2, where the team has not been completely complemented. Very important players like the case of Dusan Neskovic who is the team leader in points, with an average of 16.7, as well as Dame Adelekun, who has been one of the most attractive players in these 3 games and is already the leader in rebounds and in assists. The Dartmouth Big Green team is in fourth position in the Ivy League with a PCT of .333, so they need a victory to get into the first places.

But they will have to face a Quinnipiac Bobcats team who arrive with motivation at the top after starting the season with 3 consecutive victories. Quinnipiac’s team beat the Rhode Island Rams (67-62), Stonehill Skyhawks (102-95) and the Central Connecticut Blue Devils (72-70). Its star players Matt Balanc, Ike Nweke and Savion Lewis have given the team a very different face than expected, with a winning feeling and full of enthusiasm, in addition to their contributions in the games they have played. The team has a positive record of 3-0 and is first in the Metro Atlantic Athletic Conference.

Quinnipiac arrives as a favorite according to ESPN Analytics data with 68.2% against only 31.2% for the Dartmouth team. We will see what will be the final outcome of this game, which will take place at the M&T Bank Arena.

Let’s check the latest NCAAB picks, news, stats and NCAAB expert picks for Dartmouth vs Quinnipiac. We’ve plenty of NCAAB predictions for you to consider.

The implied probability for these two teams attached to the betting lines have Quinnipiac at a 81.82% chance of winning the game, meanwhile Dartmouth have 22.73% probability of finishing the game with the W.