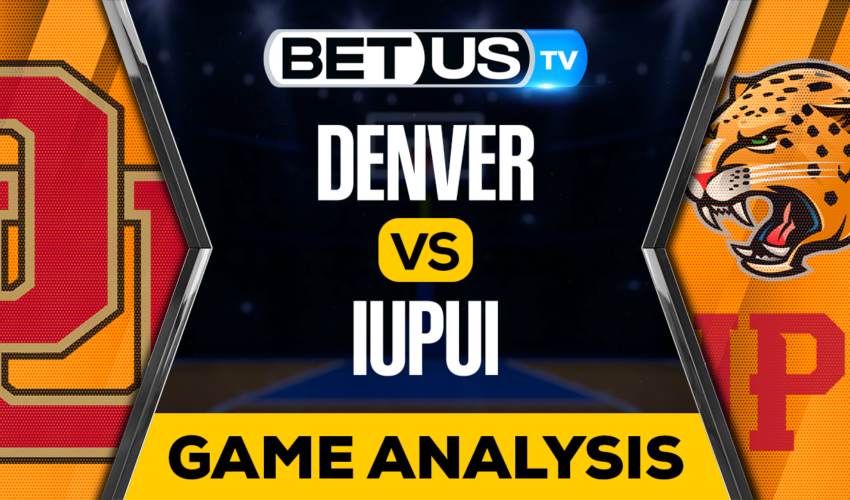 The Denver Pioneers will face off against the IUPUI Jaguars, a matchup that is definitely going to deliver some interesting NCAAB action on Wednesday at Lakefront Arena. Even though the odds were against them, Denver is coming off a very important victory, and now they should be feeling pretty confident now that the odds are currently in their favor. Historically, the Jaguars have had a much better time against the Pioneers, winning 3 out of their last 4 encounters, though Denver did win the last time they met.

Looking at the recent matches of each team, the Pioneers barely scraped a win last week versus the Idaho State Bengals by just the margin of a single free throw, finishing the game with a 70-69 record. On the other hand, the Jaguard didn’t show much struggle against the Franklin Grizzlies at home this past Saturday as they won 59-45, though they were expected to win.

If we take a look at the whole picture, this next game looks way more promising for Denver than the ones in the past, who are favored by a full 12 points. The Denver Pioneers might have their way in this contest, especially if we consider how explosive they have looked in their last 4 games. The Pioneers are scoring 74.3 points on 49.8 percent shooting, and at the same time, allowing 68.3 points on 43.4 percent shooting.

On the other hand, the Jaguars are averaging 51 points on 35.6 percent shooting and also allowing 70.3 points on 46.2 percent shooting. IUPUI has yet to score 60 points in a match this season while shooting 19% from 3-point range against Division I teams, which earns them the 359th rank in the country. Since the very start of last season, the Jaguars are last in the nation in points scored on a per loss basis.

Let’s check the latest NCAAB picks, news, stats and NCAAB expert picks for Denver vs IUPUI. We’ve plenty of NCAAB predictions for you to consider.

The implied probability for these two teams attached to the betting lines has IUPUI at a 16% chance of winning the game, meanwhile Denver has 88.57% probability of finishing the game