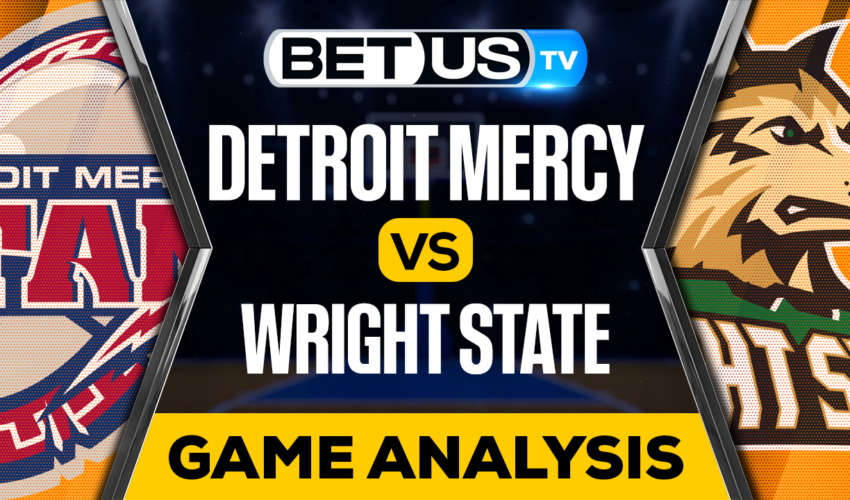 The conference games continue and this Friday, January 6, it will be the turn of the Horizon League, which will have the game between the Detroit Mercy Titans and the Wright State Raiders.

The Detroit Mercy Titans team have fallen into a losing streak in their last games played. Of their last 5 games they have only been able to win one of them, for a poor performance of 20%. They come from losing their last game against the Milwaukee Panthers by a score of 81-84. Their last victory was against the Green Bay Phoenix by a score of 76-59 on December 29. Its lowest point this season is that the team has allowed more points than it scores. So far this season they have scored an average of 74 points per game, while they have allowed 75.6 points per game, which has come to reflect the team’s bad moment, especially when defending. The Detroit Mercy Titans are ranked sixth in the Horizon League with a 6-9 record and 2-2 in conference.

The Wright State Raiders have been growing in performance. They come from having won their last game against the IUPUI Jaguars team by a score of 82-68. In their last 5 games they have achieved a performance of 60%, which speaks highly of the work they have been doing in these last games. Their attacker is one of the most prolific in their conference, as they have averaged a total of 78.2 points per game, one of the highest averages so far this season. In the Horizon League, the Wright State Raiders are sixth with an 8-7 record, however, in conference they have a negative 1-3 record.

According to ESPN Analytics, it is the Wright State Raiders team that arrives with the most advantage in this game. According to the data they have a 68.2% chance of winning the game, while the Detroit Mercy Titans arrive with a 31.8% chance.

The implied probability for these two teams attached to the betting lines has Wright State at a 66.67% chance of winning the game, meanwhile Detroit Mercy has 37.04% probability of finishing the game with the W.