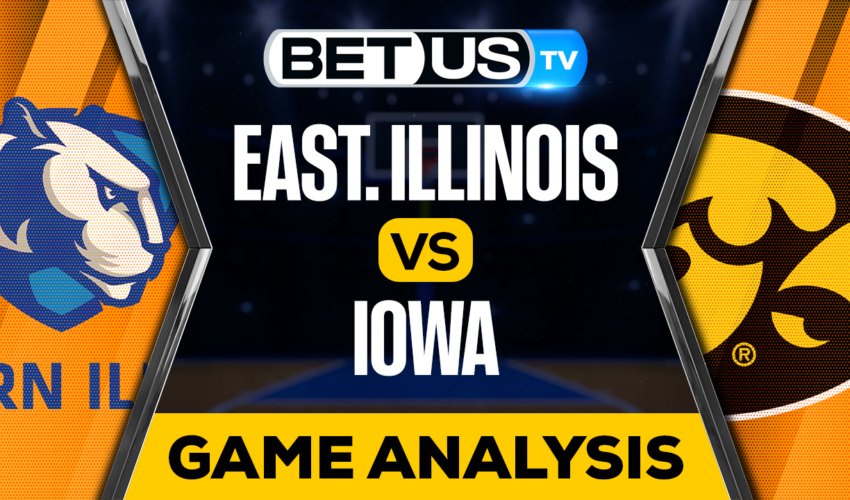 This Wednesday, December 21, the Iowa Hawkeyes will welcome the Eastern Illinois Panthers for a duel at Carver Hawkeye Arena. The game is scheduled for 10:00 PM EST. Both teams are coming off of wins in their most recent game and will be looking to build on that momentum and put on a great show.

Iowa is coming off a crushing victory against Southeast Missouri State 106-75, where the offense was led by Filip Rebraca and his 30 points for the win. Iowa’s offense is led by Kris Murray, averaging 19 points per game and 10 rebounds. Unfortunately he won’t be able to play this game due to injury. But we still have Patrick McCaffery with his 14 points per game and Filip Rebraca. The defense is not doing too bad giving up only 68 points per game and holding opponents to a 29% three point shooting percentage. It will be tough for the Panthers to break through the defense.

On the other hand, the Panthers come into this game after beating the IUPUI Jaguars 70-59, where the offense was led by Yaakema Rose Jr. and his 27 points for the win. Illinois averages only 66 points per game, it will be difficult for them to beat Iowa if they continue like this. The offense is led by Kinyon Hodges averaging 12 points per game and 4 rebounds, followed by Yaakema Rose Jr. with another 10 points and 4 rebounds.

The defense on the other hand allows 67 points per game and lets their opponents score 34% from the three-point line. It is normal that they have a 3-9 balance.

Iowa is better overall, they outmatch Illinois in almost everything. Even with Murray gone, I don’t think Illinois can match up with them.

Let’s check the latest NCAAB picks, news, stats and NCAAB expert picks for Eastern Illinois vs Iowa. We’ve plenty of NCAAB predictions for you to consider.

The implied probability for these two teams attached to the betting lines has Eastern Illinois at a 37.04% chance of winning the game, meanwhile Iowa has 66.67% probability of finishing the game with the W.