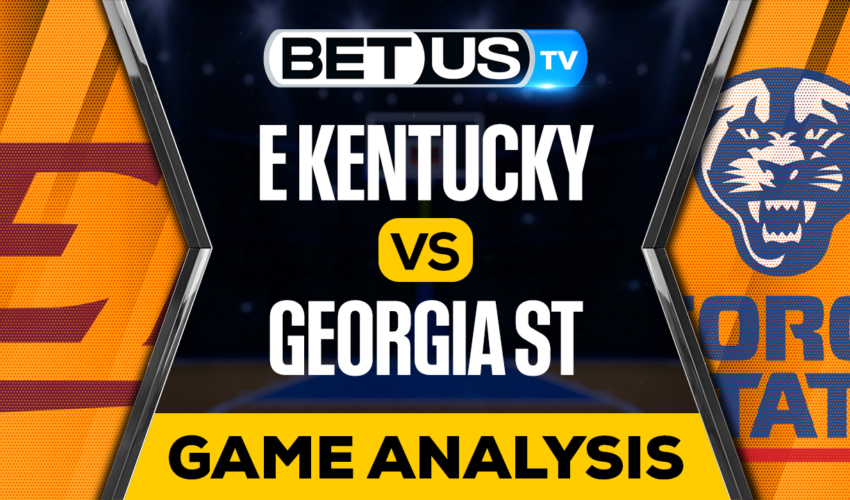 Meanwhile, the Colonels lost to the Cincinnati Bearcats on the road by a decisive 87-69 margin. Despite the loss, Eastern Kentucky got a solid performance out of Devontae Blanton, who dropped a double-double on 18 points and ten boards along with seven assists. The Colonels’ offense has something to brag about, as they rank 33rd in college basketball when it comes to points per game, with 88.7 on average.

Devontae Blanton leads the Colonels in scoring and assists with 14 PPG and 5 APG as well as 5.3 RPG while Michel Moreno has 11.4 PPG with 5.7 RPG and Cooper Robb has 10.3 PPG with 6.3 RPG to cap off the trio of double-digit scorers for EKU up to this point in the year.

Georgia State is now 2-1 while Eastern Kentucky sits at a mirror-image 1-2. A pair of offensive stats to keep an eye on: The Panthers have only been able to knock down 39.50% percent of their shots, which is the 23rd lowest field goal percentage in college basketball. Still, Georgia State is definitely the favorite in this one, and that should give them some confidence heading into this game.

The implied probability for these two teams attached to the betting lines has Eastern Kentucky at a 37.74% chance of winning the game, meanwhile Georgia State has 66.10% probability of finishing the game with the W.