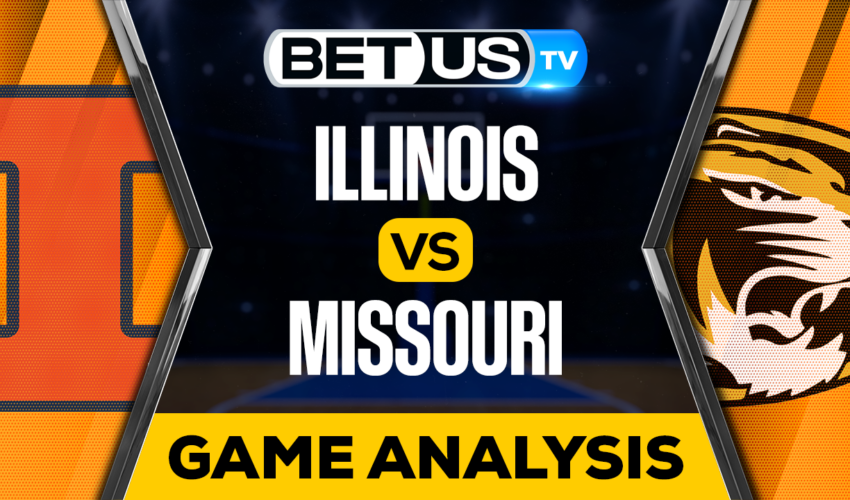 The 16th place Illinois Fighting Illini will be in search of victory in the Braggin’ Rights Classic for the 2nd consecutive year when they battle against the Missouri Tigers on Thursday night. Illinois recovered from a 3 game losing streak in a rivalry that ended with a 88-63 blowout last season. The Fighting Illini have won 6 out of their last 10 head to head matchups between these teams.

Tipoff is set to start at 9 p.m Eastern Time.

Missouri has been an underrated team in college basketball for quite a while, however have been able to achieve an incredible 10-1 start through their first 11 games. The Tigers came back from their single loss of the campaign, which was against tough opponent Kansas, with a 68-66 away win at UCF on a last second 3 pointer this last Saturday.

Senior guard D’Moi Hodge captains Missouri with 16.4 points and 4.2 rebounds per match, while senior guard Kobe Brown is scoring a decent 12.9 points per game. Illinois has not been up to par since its overtime win against Texas earlier this month, losing to Penn State by 15 points before looking shaly until the final 10 minutes against Alabama A&M.

Illinois is coming from a couple of home games, while Missouri is playing away from home for the second consecutive game. The Fighting Illini demolished this matchup in 2022, swiftly running to an 88-63 win. They signed some incredibly talented high level players from the transfer portal in the offseason, such as Baylor grad transfer Matthew Mayer.

We take an Illinois win on this one.

Let’s check the latest NCAAB picks, news, stats and NCAAB expert picks for Illinois vs Missouri. We’ve plenty of NCAAB predictions for you to consider.

The implied probability for these two teams attached to the betting lines has Missouri at a 30.77% chance of winning the game, meanwhile Illinois has 73.33% probability of finishing the game with the W.