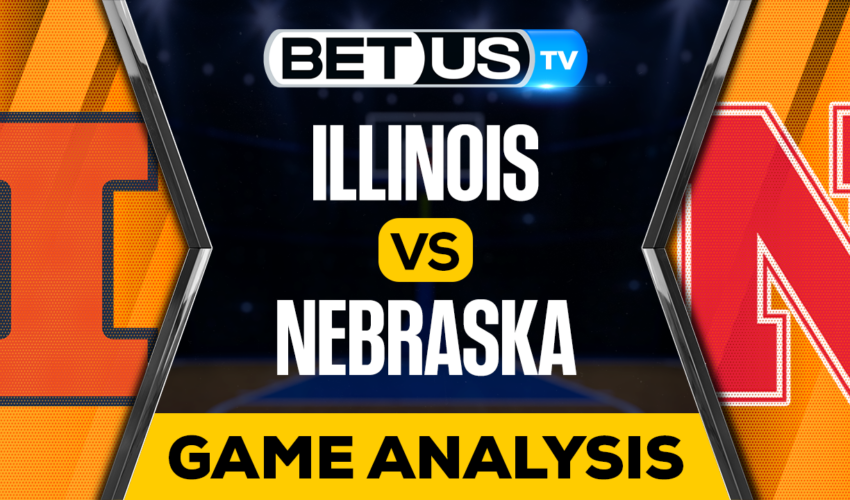 With a victory over the Golden Gophers in their final contest, the Cornhuskers recovered from their defeat by Michigan State. They will try to keep the momentum going by beating the Fighting Illini. If they do, it will be their second win in a row and their fourth win in their last five games.

Nebraska scores 68.1 points per contest on average. In their most recent game, they scored 81 points while making 33.3 percent of their three-point attempts and 50.8 percent of their field goals. With 22 points, 8 rebounds, and 7 assists, Derrick Walker led the Cornhuskers. Sam Griesel finished with 17 points, six rebounds, and five assists, while Juwan Gary finished with 18 points and six rebounds.

The Fighting Illini, meanwhile, triumphed against the Badgers in their final game to avenge their loss to Northwestern. Illinois scores 76.9 points per game on average. In their most recent game, they scored 79 points while hitting 47.2 percent of their field goals and 52.6 percent of their three-point attempts.

The Fighting Illini have split their previous six contests, and they have yet to record a victory on the road this year. They aren’t as effective when playing away from home, barely averaging more than 70 points per contest. We can expect the Fighting Illini to struggle to maintain this game against the Cornhuskers, who limit opponents to under 65 points per game at home.

Let’s check the latest NCAAB picks, news, stats and NCAAB expert picks for Illinois vs Nebraska. We’ve plenty of NCAAB predictions for you to consider.

The implied probability for these two teams attached to the betting lines has Illinois at a 62.96% chance of winning the game, meanwhile Nebraska has 40.32% probability of finishing the game with the W.