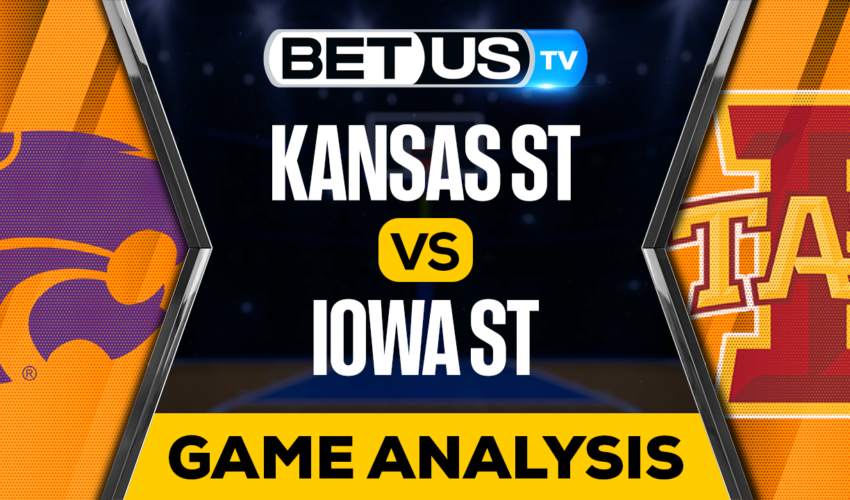 The Iowa State Cyclones are going head to head with the Kansas State Wildcats tonight in an attempt to break their winning streak. Kansas comes from beating Texas Tech by 10 points last Saturday and narrowly defeating the Kansas Jayhawks by 1 point. Although the Wildcats are 4-1 in their last 5 matches and hold a 17-2 record, it’s the Cyclones that are favorites by the oddsmakers tonight.

In their recent close match against the Jayhawks, Kansas State did their best to contain a monstrous performance by opposing forward Jalen Wilson who scored a whopping 38 points in the match. When compared to the next highest scoring players in Desi Sills and Keyontae Johnson from Kansas State, Jalen outdid them by 14 points and even so was unable to win the game for his team. Kansas State seemed relentless during the match and did not allow Wilson to claim a victory for their rivals despite clearly going all out.

On the other hand we have the Iowa State Cyclones who are 3-2 in their last 5 matches with a 14-4 overall record. Their latest match is a close 2-point loss against the Oklahoma State Cowboys. The Cyclones were also big fan favorites in this match against Oklahoma State and yet were outdone by the Cowboys’ strong 3-point shooting. Iowa attempted merely 9 threes, making 2 of them while Oklahoma State made 9 of their 21 attempts.

This latest match for Iowa may possibly be hunting them. At some point the Cyclones had a 16-point lead and yet were unable to close out the game. Whether we expect this outcome to have an impact on tonight’s match against the WIldcats will be determined by our experts on the NCAAB show but in the end Kansas State might be feeling pretty good coming into this match.

The implied probability for these two teams attached to the betting lines has Kansas State at a 35.09% chance of winning the game, meanwhile Iowa State has 69.23% probability of finishing the game with the W.