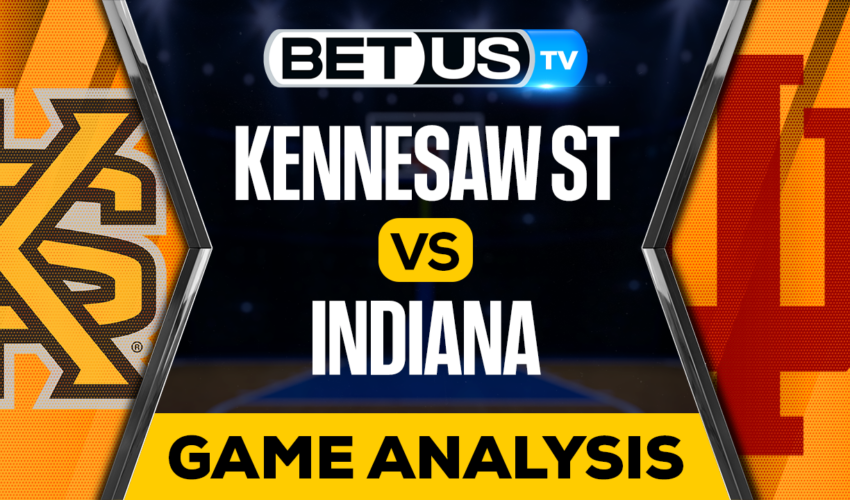 This Friday we will have one of the most disputed games of this NCAAB date, when the teams of the Kennesaw State Owls and the Indiana Hoosiers face each other.

The visiting team, the Kennesaw State Owls, come from a streak of two consecutive games without defeat, the last of which was on December 12 when they were defeated by the San Diego State Aztecs by a score of 88-54. Several of its most important players, such as Chris Youngblood, who is the scoring leader, Brandon Stroud, the rebounding leader, and Terrell Burden, have been the best this team has shown, which is in fifth position in the ASUN. Conference with a positive 8-4 record, while playing on the road they have a 3-3 record.

The Indiana Hoosiers team is the strongest coming into this game. They come from winning their last game against the Elon Phoenix team by a score of 96-72. Despite this victory, in their last 5 games they have only had a 40% performance, adding 3 losses in their only month. However, leaving this bad streak aside, the team is one of the best in its conference with a positive record of 9-3 and where they have played 7 games at home, of which they have not lost any of them, this has been thanks to the very good performance of players like Trayce Jackson Davis and Javier Johnson, who have been the team leaders this season.

According to the data provided by ESPN Analytics, the Indiana Hoosiers team are the clear favorites to win the game, with a 96.1% chance of winning, against just 3.9% for the Kennesaw State Owls team. However, we know how close these games are and we’ll see if the Owls will be able to stop the Hoosiers’ winning streak at home.

Let’s check the latest NCAAB picks, news, stats and NCAAB expert picks for Kennesaw State vs Indiana. We’ve plenty of NCAAB predictions for you to consider.

The implied probability for these two teams attached to the betting lines has Kennesaw State at a 15.75% chance of winning the game, meanwhile Indiana has 88.70% probability of finishing the game with the W.