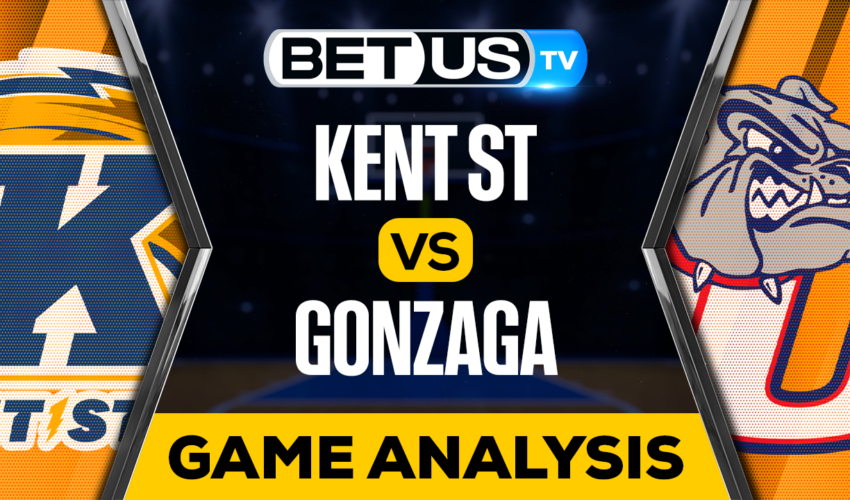 The Gonzaga Bulldogs currently 5-3 have lost 2 out of their latest games, and are looking to bounce back at home today against Kent State who are currently 6-2. Both of Kent State’s defeats were away, but one of those was a really close game against top opposition Houston. Today’s game will be the first matchup between both sides.

The Bulldogs’ guard Julian Strawther had an unnaturally underwhelming game, with just 10 points on 3 for 14 shooting in a total of 25 minutes on the court. Malachi Smith captained the team on the scoring side with 16 points, including 2 steals in 27 minutes as a substitute. Gonzaga seemed quite shaky mainly due to the low 27.3% of its attempts coming from deep.

The tough shooting performance from the 3 point line was rather strange, as the Bulldogs currently have 39.2% efficiency in the perimeter. Strawther grabs 42.5% of his threes, but Rasir Bolton has been by far Gonzaga’s lucky charm from distance, as he has put up 48.5% perimeter efficiency. Both will be looking to have more confidence and of course better execution going into this bout.

Kent State didn’t have to think too much against the South Dakota State Jackrabbits at home this last Friday, as they took the win 83-68. Sincere Carry led the team with 23 points, as he currently is the team’s top prolific player, with an average of 18.5 points per game. Cil’Ron Hornbeak had a confident game, and scored 11 points and 10 rebounds.

Defensively, KSU has done well to win back possession in transition mainly thanks to their incredible speed while coming back to defend, as they took 11.4 steals per game.

Looking at the statistics, we will lean towards an easy Kent State win even if they are on the road.

Let’s check the latest NCAAB picks, news, stats and NCAAB expert picks for Kent St vs Gonzaga. We’ve plenty of NCAAB predictions for you to consider.

The implied probability for these two teams attached to the betting lines has Gonzaga at a 93.38% chance of winning the game, meanwhile Kent St has 10.75% probability of finishing the game with the W.