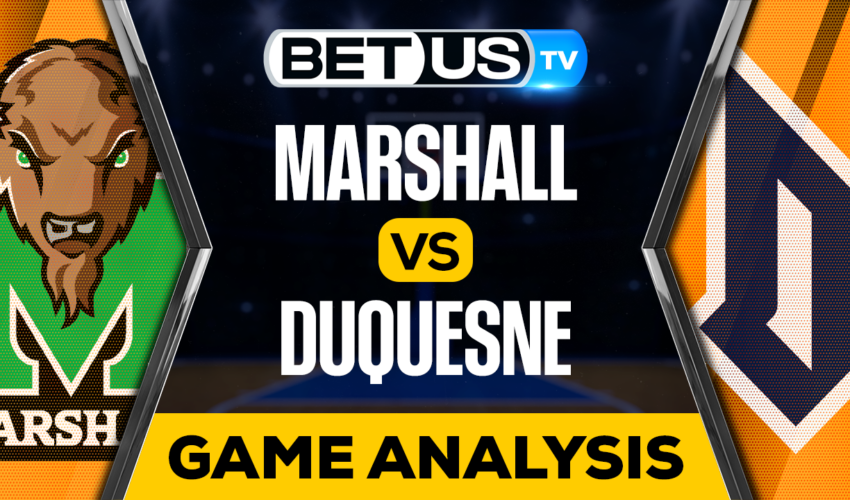 The Thundering come into this game with a strong 7-1 record and will look to build on a win tonight. Marshall was dominant throughout the game. The offense was led by Andrew Taylor and his 19 points.

Duquesne comes in with a 7-1 record, better than last season. In their last game against Ball State, they did not show dominance until the last second when Jimmy Clark scored to get the 78-77 win. In this game they shot 47% from the field and grabbed 33 rebounds. The offensive leader and hero of the game was Jimmy Clark with his 16 points. The Dukes average 79 points per game, 35 rebounds and 16 assists. While the defense allows 71 points per game. Dae Dae Grant leads the offense with 19 points and 4 rebounds per game.

No doubt it will be an interesting match, we have two teams that will be looking to keep their winning streak going. Although they haven’t had games against tough teams, this game looks to be a tough one for both teams.

Let’s check the latest NCAAB picks, news, stats and NCAAB expert picks for Marshall vs Duquesne. We’ve plenty of NCAAB predictions for you to consider.

The implied probability for these two teams attached to the betting lines has Duquesne at a 56.52% chance of winning the game, meanwhile Marshall has 47.62% probability of finishing the game with the W.