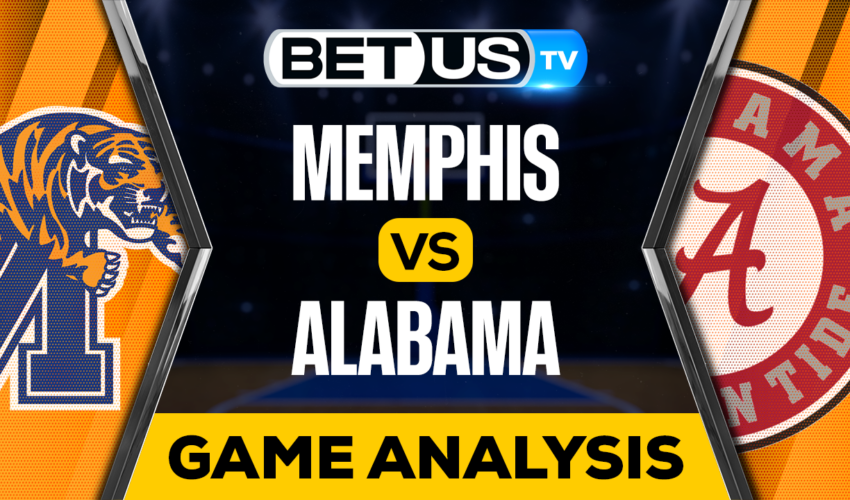 Today is a great day for some college basketball as we’ll get to watch a big non-conference matchup when a program from the AAC faces off against a SEC team down in the Yellowhammer State. Get ready for a thrilling game as the The Memphis Tigers are hitting the road as they are traveling to lock horns with the Alabama Crimson Tide.

Memphis is heading into this one after an 82-73 win against Auburn as part of the Holiday Hoopsgiving in Atlanta. Meanwhile, Alabama came back from a 14-point deficit to stun Houston 71-65 on the road as underdogs. If we take a look at the all-time series between these two teams, the Tigers own a 6-3 lead, including a 92-78 home victory over the Crimson Tide back on December 14, 2021.

The Tigers extended their win streak to six games after upsetting Auburn in the State Farm Arena. Memphis improved to a 8-2 record this season and are aiming to complete a sweep of the Yellowhammer State teams from the SEC by coming out on top in Tuscaloosa.

In their game against Auburn, the Tigers closed a seesaw first half with a 9-2 run to finish up 38-32 at intermission. They led the rest of the way, never letting their opponents any closer than four in the second half. The Tigers shot 50% from the field, including 4 of 11 three pointers, while controlling the boards 43-32 in the contest.

Meanwhile, the Crimson Tide climbed the standings after defeating their second #1 team of the season. First they took down North Carolina 103-101 in quadruple OT last month. Then against Houston, the Crimson Tide led by as many as five points in the first half but trailed by four at intermission. They were still down 59-55 with 7 minutes left to play but finished things off with a 16-6 run to pick up the win.

Let’s check the latest NCAAB picks, news, stats and NCAAB expert picks for Memphis vs Alabama. We’ve plenty of NCAAB predictions for you to consider.

The implied probability for these two teams attached to the betting lines has Alabama at a 76.19% chance of winning the game, meanwhile Memphis has 27.55% probability of finishing the game with the W.