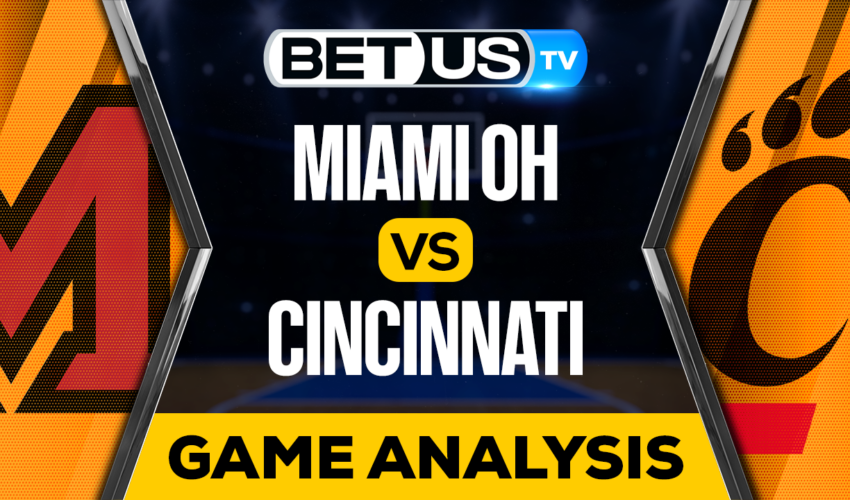 The Cincinnati Bearcats are playing host to the Miami Redhawks on Wednesday at the Fifth Third Arena. The Bearcats are holding a 5-1 record while playing at home this season, with their single loss happening in their last game to Xavier. The defeat also snapped Cincinnati’s three-game winning streak. Meanwhile, The Redhawks are 0-1 on the road this season, though they won their most recent outing against Calumet College.

If we take a look at the record between these two teams, Cincinnati and Miami met for the first time in a decade last season, which ended in a close 59-58 Bearcats win. This time around, it will be the 149th meeting between these two schools, which are barely 30 miles apart, the most of any Cincinnati opponent. The Bearcats are leading the all-time series by a huge margin at 96-52 and are on a 14-game win streak.

The Redhawks are boastinga mix of seven returning players, five new players, and three transfers. They are being led by guard Mekhi Lairy, who is scoring 15.7 PPG on 39.3% shooting on average. Initially, Miami lost four of its first five games but has since managed to bounce back by winning three of its last four. Two of those early season losses were to Georgia, who took down Miami by seven, and Indiana, who dominated the Redhawks with a 30 lead.

Meanwhile, Cincinnati lost to Xavier at the Skyline Chili Crosstown Shootout, as the Musketeers held off the heavy Bearcats with a thrilling last-second free throw. Cincy were trailing by as many as 17 and never had a lead but nearly pulled off a comeback with 53 points by the 2nd half. Cincinnati did outshot Xavier from the field, 3P range, and foul line but were heavily outrebounded. Guard David DeJulius led the Bearcats with 22 points at 7-of-16 shooting.

Let’s check the latest NCAAB picks, news, stats and NCAAB expert picks for Miami OH vs Cincinnati. We’ve plenty of NCAAB predictions for you to consider.

The implied probability for these two teams attached to the betting lines has Miami OH at a 9.80% chance of winning the game, meanwhile Cincinnati has 94.74% probability of finishing the game with the W.