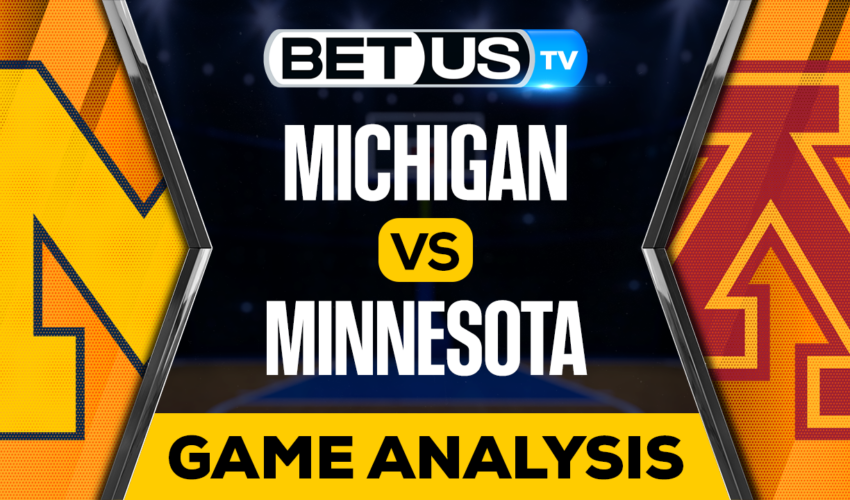 This Thursday will be taking place in one of the most fought games of the season. We talk about the game between the Michigan Wolverines teams who will face the Minnesota Golden Gophers.

The Michigan team has been doing things in a great way, with very important players such as Hunter Dickinson who is the team’s leader in scoring and assists, as well as Kobe Buskin, leader in rebounds. Despite this, the team has fallen into a streak of two consecutive games without being able to win, their last victory was on November 23 when they defeated the Jackson State Tigers. The Wolverines are in tenth place in the Big Ten Conference with a positive record of 5-3 and this will be their first game against a team from the same conference.

While the situation of their rival, the Minnesota Golden Gophers, has not been the best, since so far this season they have had a 50% performance. He comes to this game after having lost his last 3 games in a row, his last victory was against the California Baptist Lancers by a score of 62-61. They are currently in last place in the Big Ten Conference with a 4-4 record. One of the points to take into account for this game is that the Minnesota team has not been able to beat their conference rivals.

According to data from ESPN Analytics, who comes with the most advantage in this game is the Minnesota Golden Gophers team, who have a 53.4% chance of winning the game, while the Michigan Wolverines have 46.6%. This margin is very narrow, which makes us expect a highly contested game where neither team wants to lose the game. We will see which of the two teams manages to impose conditions in this game that will take place at the Williams Arena, home of the Minnesota Golden Gophers.

Let’s check the latest NCAAB picks, news, stats and NCAAB expert picks for Michigan vs Minnesota. We’ve plenty of NCAAB predictions for you to consider.

The implied probability for these two teams attached to the betting lines has Michigan at a 66.10% chance of winning the game, meanwhile Minnesota has 37.74% probability of finishing the game with the W.