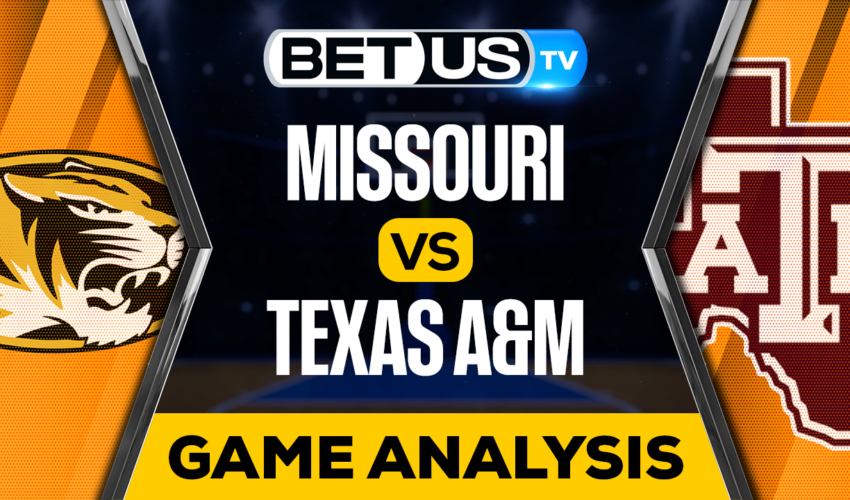 The Southeastern Conference will be very active this Wednesday, January 11, and the game between the Missouri Tigers and the Texas A&M Aggies will certainly be an exciting game.

The Missouri Tigers come from winning their last game played against the Vanderbilt Commodores team by a score of 85-82. In their last 5 games they have managed to achieve a performance of 80%. The Tigers have had a very strong point and have been the points they have achieved per game, currently averaging a total of 87.1 points per game, being one of the teams with the best attack so far this season. This has been thanks to the great contribution of players like Dmoi Hodge who is the leader in scoring, as well as Kobe Brown and Nick Honor, who have also been the team leaders and main participants in the team’s success. They currently have a 13-2 overall record and 1-1 on the road, which puts them fifth in the Southeastern Conference.

The Texas A&M Aggies team continues its excellent winning streak. They have already gone 4 consecutive games without defeat, where the last one was against the Wofford Terriers on December 20 by a score of 67-62. Their main strength has been making their home respected, since playing at Reed Arena the Aggies have only lost one game out of 8 played, so their home has undoubtedly been a strength. His main figures this season have been Wade Taylor IV, who is leading scorer and assist leader, as well as Henry Coleman III, leader in rebounding. The Texas A&M Aggies are third in the Southeastern Conference with an overall record of 10-5 and 7-1 playing at home.

According to the statistics for this game, it is the Texas A&M Aggies who arrive with the highest probability of winning the game with 72.7%, while the Missouri Tigers have only a 27.3% chance of winning this Wednesday’s game.

Let’s check the latest NCAAB picks, news, stats and NCAAB expert picks for Missouri vs Texas A&M. We’ve plenty of NCAAB predictions for you to consider.

The implied probability for these two teams attached to the betting lines has Missouri at a 38.02% chance of winning the game, meanwhile Texas A&M has 65.52% probability of finishing the game with the W.