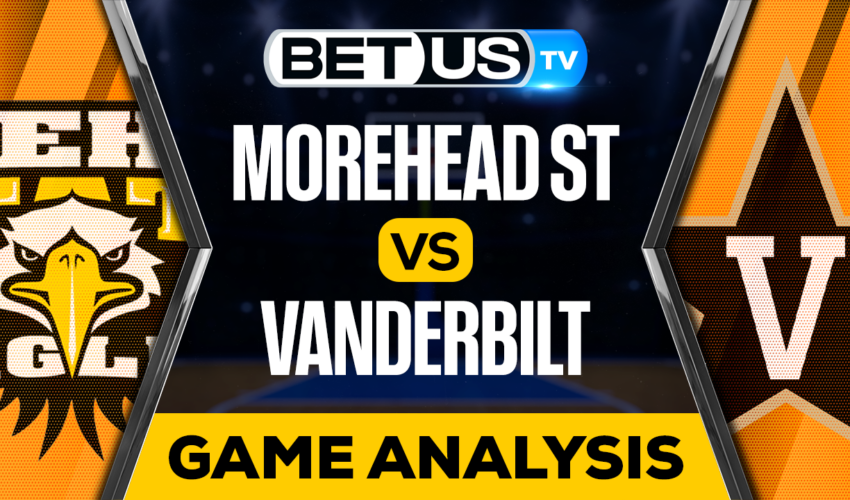 The Vanderbilt Commodores host the Morehead State Eagles after a 89-87 road overtime win against the Temple Owls. It was a competitive game from start to finish as the game was tied at halftime and again at the end to push for overtime. M. Stute led the Commodores in scoring with 21 points and 6 rebounds. J. Wright helped contribute in the win with 18 points, 6 rebounds and 7 assists.

Vanderbilt is now 1-2 on the season and sitting last place in the Southeastern Conference. J. Wright and M. Stute lead the Commodores in scoring, averaging 12.3 points per game each. Vanderbilt is shooting a 43.2% field goal percentage and scoring 68 points per game.

Meanwhile, the Morehead State Eagles travel for this matchup after a road loss against West Virginia 75-57. Morehead State was led by Alex Gross with 12 points and 6 rebounds while M. Freeman contributed with 10 points in the win. The Eagles shot 40% from the field and completed 26.7% from beyond the arc.

This should be a more competitive matchup than most will think as Morehead State and Vanderbilt both try to climb the rankings in their Conference. Both teams are shooting well but Vanderbilt has the edge on the offense side with a slightly better shooting percentage per game. The Eagles will be able to keep this game close but the Commodores definitely have the tools needed to pull-off something interesting.

Let’s check the latest NCAAB picks, news, stats and NCAAB expert picks for Morehead State vs Vanderbilt. We’ve plenty of NCAAB predictions for you to consider.

The implied probability for these two teams attached to the betting lines has Morehead State at a 14.71% chance of winning the game, meanwhile Vanderbilt has 89.36% probability of finishing the game with the W.