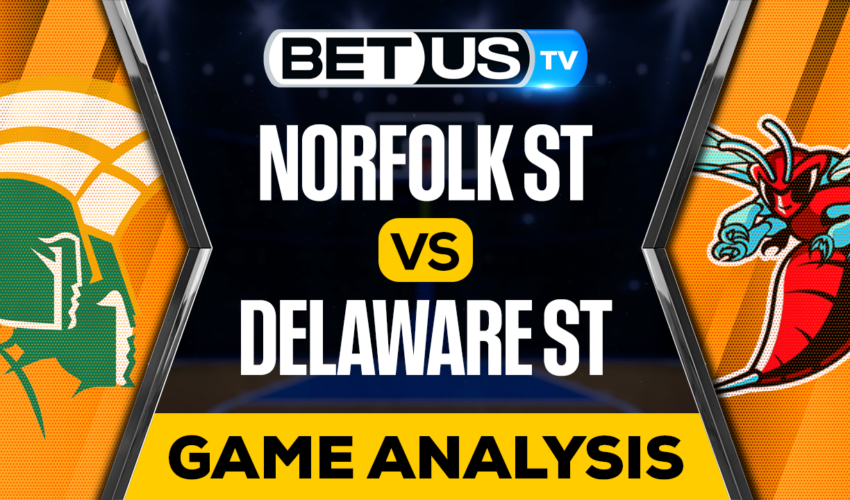 The college basketball action resumes at Memorial Hall Dover on Monday, when the Norfolk State Spartans take on the Delaware State Hornets. Currently, Norfolk State is 11-5 overall. In their most recent outing, Norfolk State took down MD Eastern Shore. On the other hand, Delaware State, who lost to Howard on Saturday, is at 1-13.

This year, Norfolk State has a 6-4 record after dropping games to Baylor, UCLA, Houston, and Old Dominion. Since then, the Spartans have defeated Bowling Green, Hampton, NC A&T, PSU Wilkes-Barre, and MD Eastern Shore en route to a 5-1 record.

On Saturday, the Spartans had a slender 24-23 lead against the Hawks in the game. Norfolk State managed to outscore their counterparts 57-46 in the second half to win. The team’s top scorer, Joe Bryant, had 15 points and seven assists.

On the Delaware State side, they haven’t been able to win since beating Immaculata in their second game of the season. In their previous four games, the Hornets lost to Drexel, Wagner, Penn State, and Howard.

Delaware State couldn’t keep up with the pace as they fell behind 41-33 in the first half of Saturday’s game against Howard. The Hornets fell down 43-31 in the second and were defeated 84-64. The team’s leading scorer, O’Koye Parker, had 13 points in 24 minutes.

The Spartans have won six of their previous seven games, going 6-1 over that time, with just one loss coming to Nevada. In that span, Norfolk State has scored a respectable amount of points, scoring 66 or more in six of the seven games.

As for Delaware State, they have failed to score 70 points in seven consecutive games and will probably struggle to stay up if Norfolk State gets going. On paper at least, it’s not crazy to think that this game will end in a Spartans blowout.

The implied probability for these two teams attached to the betting lines has Norfolk State at a 90.99% chance of winning the game, meanwhile Delaware State has 13.16% probability of finishing the game with the W.