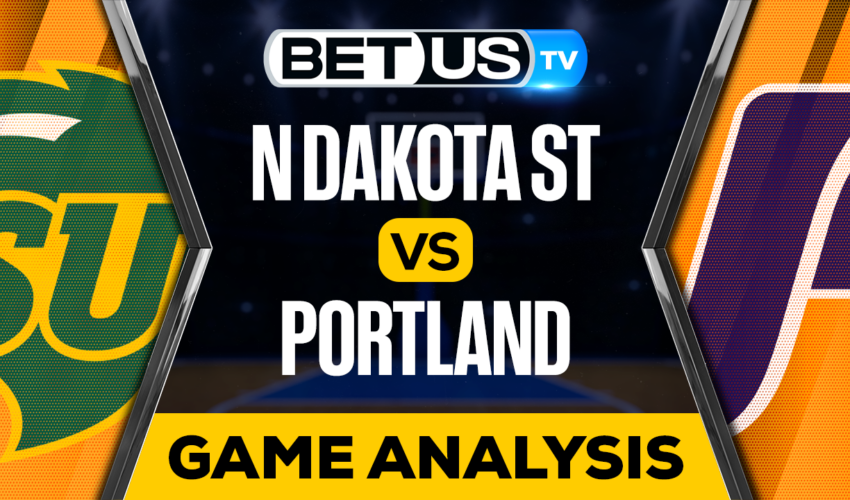 The North Dakota State Bison take a trip to Portland to take on the Portland Pilots in a non-conference encounter. North Dakota State is coming in at just 1-8 and losers of four-straight matches. They are currently without a win on the road thus far this season. Meanwhile, Portland is heading in at 7-4 and with some amazing victories this season including wins against Portland State, Air Force and Villanova.

For the North Dakota State Bison it has been a tough season as they head into Portland. They are just holding an 1-8 record this season and have dropped to 0-5 on the road with a loss to Eastern Washington on Saturday 78-70. North Dakota State had the lead with under ten minutes left to play but Eastern Washington’s 8-0 run spoiled the Bison’s chances of earning their first away win of 2022-23.

In reality, it shouldn’t come as much of a surprise that the Bison are not putting up great numbers so far. NDSU is picking up just under 69 points per game while allowing 80. They are also shooting just 41% from the field, while allowing their opponents to shoot at a 47% clip. It has not been looking good from beyond the arc either, with the squad hitting on just 30% of their 3pt field goals.

On the other hand, the Portland Pilots have gotten off to a strong beginning while cruising through a fairly challenging schedule. They really put themselves to the limit in the Phil Knight Legacy Tournament during Thanksgiving week. They had a streak of games against tough opponents in #1 North Carolina, 2021-22 Final Four participant Villanova and finally then #12 Michigan State.

The Pilots had a pair of defeats around an upset victory over Villanova. They played each blue-blood basketball school tough and managed to prove their mettle. On Saturday, Portland took down another North Dakota team, North Dakota University, 90-69 while playing at home.

The implied probability for these two teams attached to the betting lines has Portland at a 94.25% chance of winning the game, meanwhile North Dakota St has 9.62% probability of finishing the game with the W.