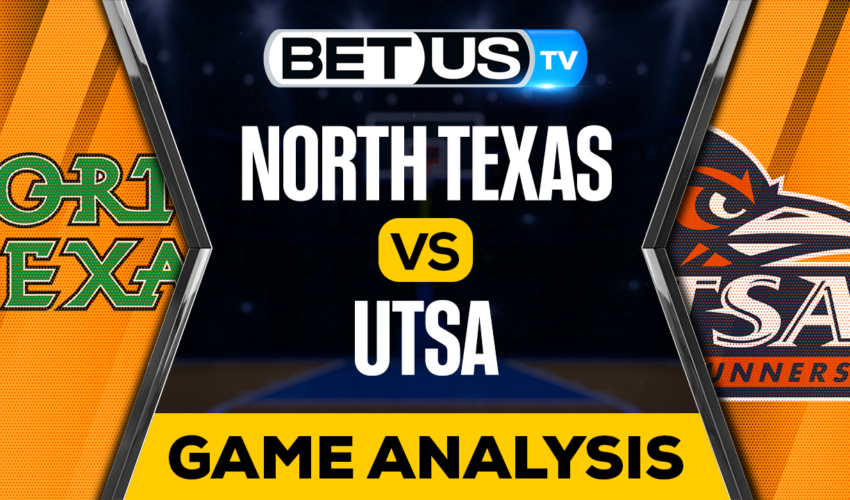 This Thursday UT-San Antonio will welcome the Mean Green of North Texas to face off at the UTSA Convocation Center at 8:00 PM EST. Both teams are coming off wins over their previous opponents, with the Roadrunners coming off a 90-69 win over Bethune-Cookman and North Texas defeating UMass 62-44.

The Roadrunners come in with a somewhat uneven 6-5 record. They have lost two of their last three games but the most recent one they managed to rebound with a crushing victory, we will see if this momentum is enough to beat North Texas. In this victory the offense was led by Japhet Medor with his 18 points for the win. John Buggs also helped with 6 rebounds and Japhet Medor with 4 assists.

The Roadrunners average 70 points per game, while the defense allows 71, this already gives us an indication of how the score may be this Thursday.

On the other hand North Texas is having a good season and comes with a balance of 9-2 and a streak of 4 consecutive victories that of course will seek to increase to five.

They come from crushing UMass, at the beginning it was believed that the game would be close but they managed to get a difference of almost 20 points. The offense was led by Tylor Perry with 17 points and Abou Ousmane with 7 rebounds. But the main advantage of Texas is their powerful defense.

It’s hard to imagine that the Roadrunners can penetrate the North Texas defense, especially after the Mean Green beat UMass at home.

Betting on the Roadrunners would be a big mistake as they are one of the worst teams in the division. The Mean Green will get their fifth straight win.

Let’s check the latest NCAAB picks, news, stats and NCAAB expert picks for North Texas vs UTSA. We’ve plenty of NCAAB predictions for you to consider.

The implied probability for these two teams attached to the betting lines has UTSA at a 14.93% chance of winning the game, meanwhile North Texas has 89.25% probability of finishing the game with the W.