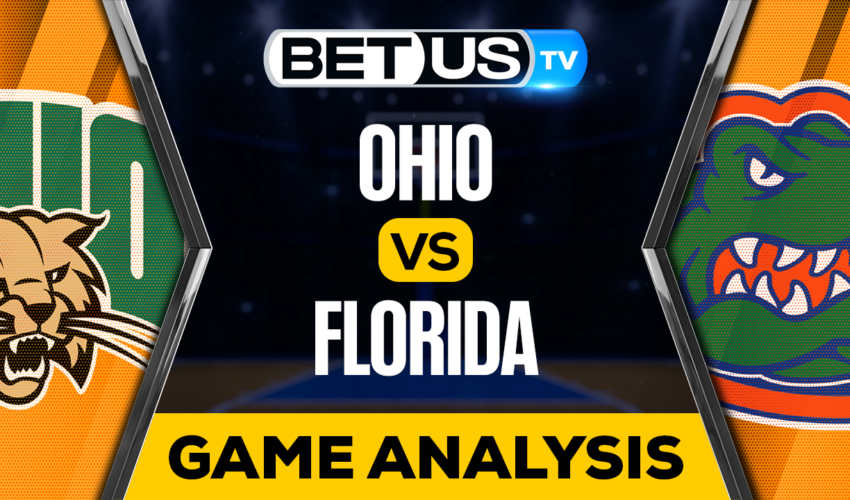 The Ohio Bobcats are looking to pick up their second consecutive victory when they face off against the Florida Gators on Wednesday. The Bobcats are heading into this one after a recent 81-79 win over Youngstown State as the underdogs. Meanwhile, the Gators are coming off a 75-54 defeat to UConn as the underdogs. There has only been one encounter between these two teams in the past, and Florida came out on top.

The Bobcats came back from their defeat to Marshall with a victory over the Youngstown State Penguins in their last outing. They will make a maximum effort to try and keep the momentum going with a positive outcome against the Gators, which will give them their second consecutive win and fifth win throughout their last six games.

Ohio is scoring 73.8 points per game on average. They managed to score 81 points in their last outing while making 53.2 percent of their FG and 45% of their three-pointers. Jaylin Hunter had a great performance with the Bobcats, scoring 17 points, 5 rebounds, 7 assists, and a whopping 3 steals. AJ Brown was there too, picking up 16 points of his own and just 1 rebound, while DeVon Baker added 15 points.

Now looking at the other side, the Gators couldn’t keep their two-game winning streak going after the UConn Huskies defeated them in their last game. They will try to come back from the defeat with a victory over the Bobcats, which would give them their third win throughout their last four games.

Florida is averaging 78.3 PPG. They scored a lowly 54 points in their last outing, making only 30.2 percent of their FG and 26.7% of their 3P. Alex Fudge led the team scoring 13 points and 5 rebounds, which isn’t that great. Meanwhile, Riley Kugel closed out the game with 13 points and 2 rebounds, while Colin Castleton added 12 points of his own.

Let’s check the latest NCAAB picks, news, stats and NCAAB expert picks for Ohio vs Florida. We’ve plenty of NCAAB predictions for you to consider.

The implied probability for these two teams attached to the betting lines has Ohio at a 13.89% chance of winning the game, meanwhile Florida has 90.48 probability of finishing the game with the W.