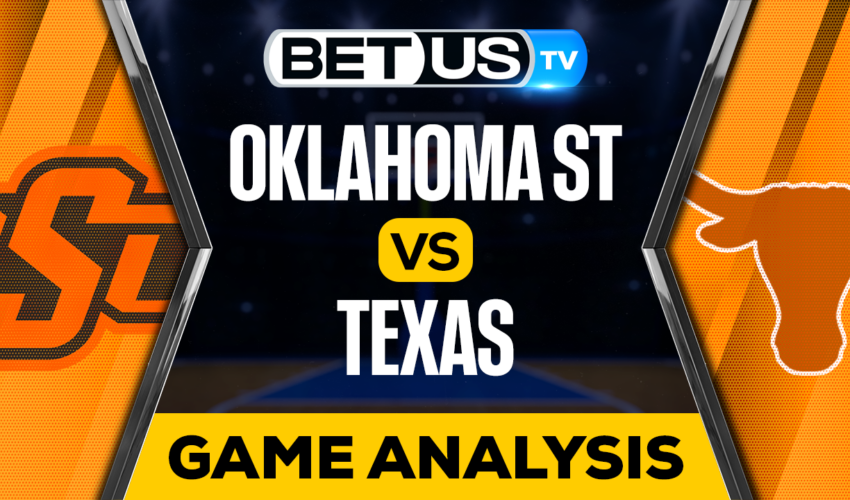 The Oklahoma State Cowboys will face the Texas Longhorns this Tuesday, January 24th in a game corresponding to the Big 12 Conference.

The Oklahoma State Cowboys defeated the Iowa State Cyclones in the last game by 61 to 59 on Saturday. The Cowboys are on a 2 game-winning streak. Bryce Thompson´s great performances continue to be essential for the Cowboys being the top scorer. Still, we cannot forget de rebound leader Mussa Cisse and assist leader Avery Anderson III who also has phenomenal performances during this season. One disadvantage that the Cowboys have this season is the lower point production, they just have a 67.8 ppg average. The cowboys are seventh in the Big 12 Conference with a positive 11-8 record and a negative 3-4 record in conference games.

Let’s check the latest picks, NCAAB news, stats and NCAAB expert picks for Oklahoma State vs Texas. We’ve plenty of NCAAB predictions for you to consider.

According to the oddsmakers the Texas Longhorns are favored to win the game against the Cowboys but expecting anything other than a competitive encounter here would be a mistake. We will see if the Longhorns can reach first place in the Big 12 Conference or if the Cowboys can improve their conference performance.

The implied probability for these two teams attached to the betting lines has Oklahoma State at a 23.81% chance of winning the game, meanwhile Texas has 80.00% probability of finishing the game with the W.