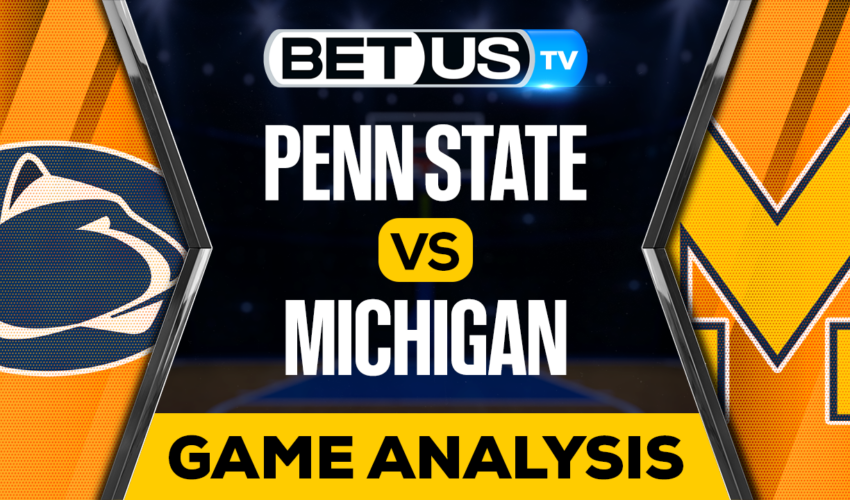 This Wednesday, January 4, a Big Ten Conference game will be played between the Penn State Nittany Lions and the Michigan Wolverines.

The Michigan Wolverines come from having won their last game against the Maryland Terrapins by a score of 81-46. However, before this game the Wolverines lost two games in a row, which complicated their position in the standings. Said losses were against the Central Michigan Chippewas and against the North Carolina Tar Heels. In their last 5 games they have obtained a 60% performance despite having faced very difficult opponents. The Michigan team has averaged a total of 76.3 points per game, being one of the teams that scores the most this season. The Wolverines are in third place in the Big Ten Conference with an 8-5 record and 2-0 in conference.

The Penn State Nittany Lions are having a great time this season. They are on a streak of 5 consecutive games without defeat. The last time they were defeated was on November 18, when they fell to the Michigan State Spartans by a score of 67-58. His main figure this season has been Jalen Pickett, who is the leader in scoring, leading in rebounding and leading in assists for the Lions. Coupled with Pickett’s good performance, the Penn State Nittany Lions team has been one of the fewest points per game allowed, averaging 66 points per game. The Lions are fifth in the Big Ten Conference with a 2-1 conference record and an 11-3 overall record.

According to the data provided by ESPN Analytics, it is the Wolverines who have the highest probability of winning the game with 55.5%, while their rival, the Penn State Nittany Lions arrive with a 44.5% chance.

Let’s check the latest NCAAB picks, news, stats and NCAAB expert picks for Penn State vs Michigan . We’ve plenty of NCAAB predictions for you to consider.

The implied probability for these two teams attached to the betting lines has Penn State at a 40.00% chance of winning the game, meanwhile Michigan has 63.64% probability of finishing the game with the W.