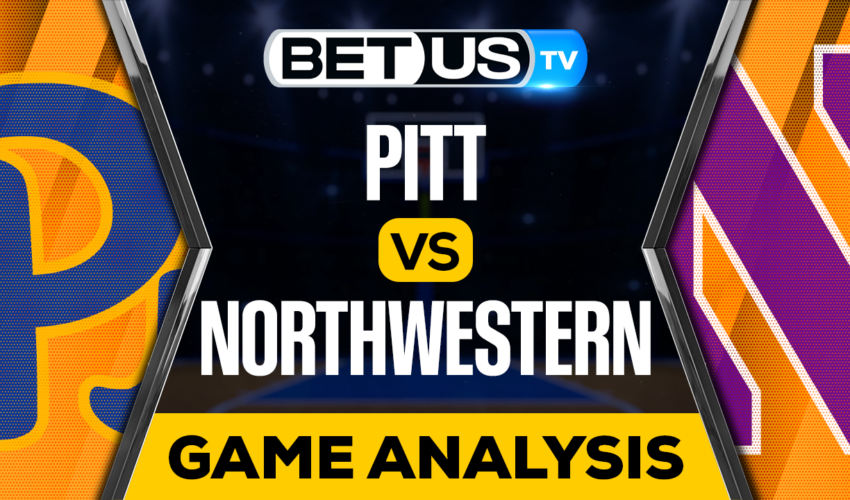 Two power conference teams take to the court when a matchup from the ACC/Big Ten Challenge occurs in the Land of Lincoln as a pair of teams try to put one in the victory column. The Pitt Panthers hit the road as they take a trip to face the Northwestern Wildcats on Monday. Pittsbugh heads into this one off an 80-64 win at home over William & Mary, covering the line as a favorite in their previous game.

On the other hand, Northwestern was taken down 43-42 by Auburn in the championship game of the Cancun Challenge Wednesday. They did cover the line as the heavy underdogs in the encounter. If we take a look at the all-time series between the schools, the Panthers have an impressive 5-1 advantage, including a 71-70 road victory in their most recent clash in December 2020.

Pittsburgh won their third straight game when they took down William & Mary. The Panthers improved to a 4-3 record on the season and are now looking to continue their momentum against Northwestern. Against William & Mary, the Panthers trailed by as many as seven and stayed down four at the half before kicking gear. The Panthers shot 43.5% from the field, and that includes shooting 11 of 28 from 3-point range.

Meanwhile, Northwestern fought to the end against Auburn but ended up falling a point short in the championship game of the Cancun Challenge. The Wildcats are now holding a 5-1 record on the season and look to get back to winning ways in this contest. Against Auburn, Northwestern trailed 9-2 more than seven minutes during the game but managed to climb back to tie the score at 19 by the half.

During the second half, Northwestern used a 12-3 run early to go up 31-25 with 12:02 left to play. It was a very tight game all the way with the Wildcats taking their last lead at 42-41 with just 1:19 to go before giving up the go-ahead bucket at 31 seconds remaining. Ultimately, the Wildcats came up empty on their final possession to finish up on the short end of the scoreboard.

Let’s check the latest NCAAB picks, news, stats and NCAAB expert picks for Pittsburgh vs Northwestern. We’ve plenty of NCAAB predictions for you to consider.

The implied probability for these two teams attached to the betting lines has Pittsburgh at a 28.09% chance of winning the game, meanwhile Northwestern has 75.61% probability of finishing the game with the W.