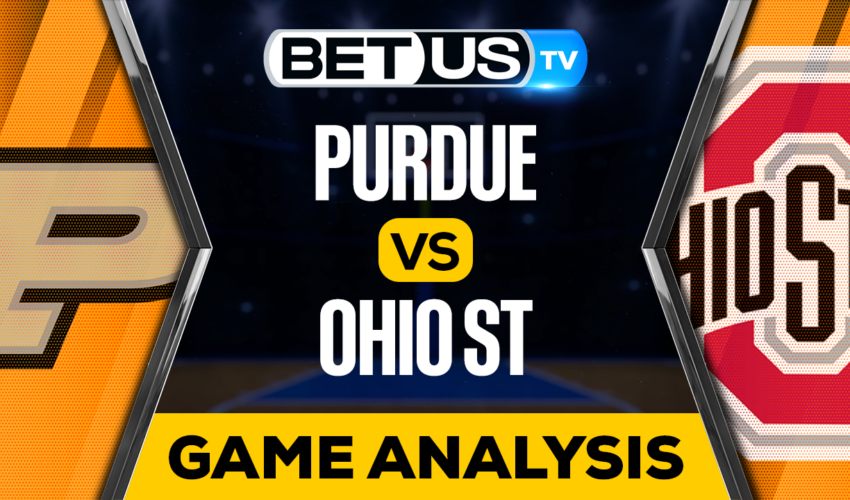 The Purdue Boilermakers clash against the Ohio State Buckeyes in a Big Ten battle on Thursday evening. The Boilermakers picked up a home loss against Rutgers on Monday, while the Buckeyes posted a convincing road victory against Northwestern in their last outing. while Purdue earned an 81-78 home win in the lone meeting against Ohio State last season.

The No. 1 Purdue Boilermakers hope to bounce back after suffering their first loss of the year. The incredible run of 13 straight victories came to an end on Monday night as Rutgers narrowly defeated the team at home, 65-64. The Boilermakers were the favorites going into that match, which might be somewhat concerning.

All things considered and taking into account the fact that Rutgers is a really competitive team, there really is no reason for alarm. This season, Purdue has triumphed over Duke and Gonzaga, which is nothing to scoff at. Unfortunately for them, their inability to cover the spread in eight straight games may be cause for concern.

Meanwhile, the Ohio State Buckeyes are attempting to win their fourth match in a row. Following a close overtime loss to the Tar Heels, they have won three straight games thanks to outstanding defensive effort. Ohio State is also unbeaten in Big Ten play, defeating Rutgers 67-66 in the opener and Northwestern 73-57 at home on Sunday.

In three straight games, the Buckeyes have won against the spread, mostly because Brice Sensabaugh keeps shining, scoring 19 points or more in three of his last four games. The rookie forward averages 15.9 PPG while shooting 52% of the time this season. He has scored 20 points or more three times.

Let’s check the latest NCAAB picks, news, stats and NCAAB expert picks for Purdue vs Ohio State. We’ve plenty of NCAAB predictions for you to consider.

The implied probability for these two teams attached to the betting lines has Purdue at a 48.78% chance of winning the game, meanwhile Ohio State has 55.56% probability of finishing the game with the W.