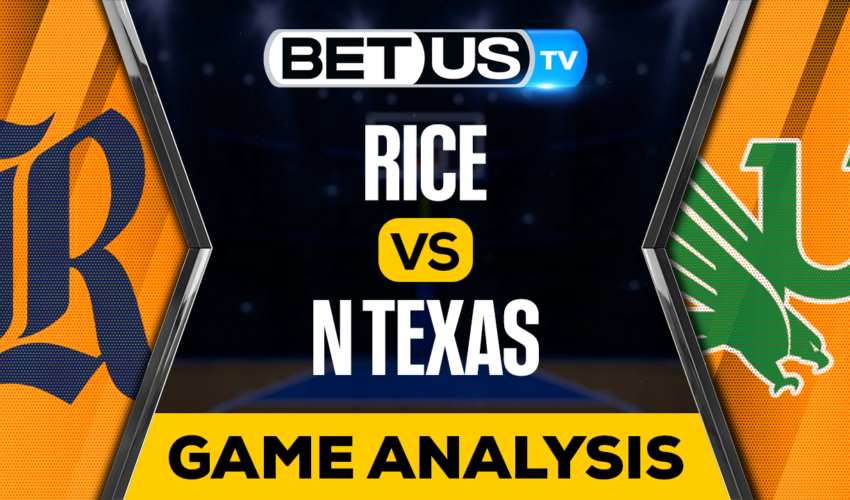 This Thursday, January 19, the NCAAB brings us an excellent game between two teams from the Conference USA. It’s the game between the Rice Owls and the North Texas Mean Green.

The Rice Owls team came from two consecutive victories against the UTEP Miners (83-82) and in their last game against the UTSA Roadrunners (88-81). Their last loss was against the Middle Tennessee Blue Raiders by a score of 71-68 on January 11. The excellent performance of players like Quincy Olivari and Max Fiedler have helped the team to be one of the teams with the best scoring average, since they average a total of 82.1, but on the other hand, they are one of the teams that allows the most points per game. game, averaging 74.4 points per game. The Rice Owls are in third place in Conference USA with a 13-5 record and 4-3 in conference games.

The North Texas Mean Green look unstoppable this season. They come from winning their last game against the Florida International Panthers by a score of 64-57. In their last 10 games they have obtained an 80% performance, which shows the good work that coach Grant McCasland has done. One of the main virtues of the team has been winning their conference games, since out of 8 games they have won 6, which has put them in a great position in their conference, in addition to the excellent performance of players like Tylor Perry and Abou Ousmane, who have been the main stars of the team this season. The North Texas Mean Greens are second in the USA Conference with a 6-2 conference record and a 15-4 overall record.

According to the data provided by ESPN Analytics, the favorite to win this game is the North Texas Mean Green team, who have an 86.7% chance, while the Rice Owls only have a 13.3% chance of winning the game.

Let’s check the latest NCAAB picks, news, stats and NCAAB expert picks for Rice vs North Texas. We’ve plenty of NCAAB predictions for you to consider.

The implied probability for these two teams attached to the betting lines has North Texas at a 88.24% chance of winning the game, meanwhile Rice has 16.13% probability of finishing the game with the W.