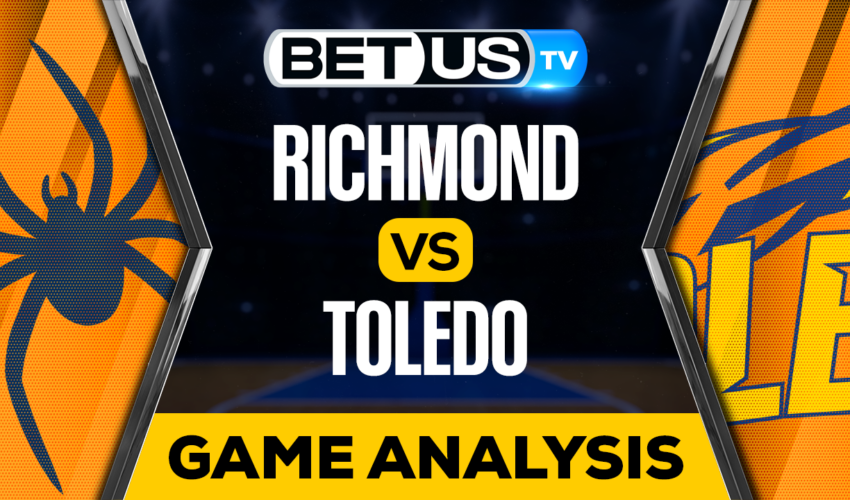 The Richmond Spiders, who are coming out of the Atlantic 10, will hit the road to face off the Toledo Rockets. Richmond is returning to action after a week off following their outing in the Empire Classic in Brooklyn last week. They are holding onto a 3-3 record this season. On the other hand, Toledo is 4-2 and have also been off for a week after they went 1-2 during the Gulf Coast Showcase last week.

The Spiders are coming back to the hardwood after a holiday break over Thanksgiving following their run in the Empire Classic. After being taken down in overtime by Syracuse in the opener, Richmond came back to oust Temple 61-49 as a consolation prize. Richmond, of course, was very familiar with Temple after many years of competing against them in the Atlantic 10.

Richmond is averaging 68 points per game but what’s even more impressive is that they are holding their opponents to just 62 points per game. They are also shooting 42% from the field, but teams are shooting barely 38% against Richmond’s amazing defense. The Spiders are turning the ball over 13 times per game, while on average, they are only forcing 11 per game.

On the other hand, the Toledo Rockets are now holding a 4-2 record this year, with a recent 82-69 victory over Northern Kentucky in the last game of the Gulf Coast Showcase. Setric Millner Jr. led four of the Rockets players in double figures to pick up a win for his team after losing their first two encounters in the showcase.

Millner also had a game-high 22 points and added 13 rebounds of his own to lead the way. Next to him, RayJ Dennis nearly matched him with a double-double right after racking in 13 points and handing out eight assists for Toledo. Toledo shot 49% from the field overall, and 35% of their shots came from the three-point range.

Let’s check the latest NCAAB picks, news, stats and NCAAB expert picks for Richmond vs Toledo. We’ve plenty of NCAAB predictions for you to consider.

The implied probability for these two teams attached to the betting lines has Richmond at a 38.02% chance of winning the game, meanwhile Toledo has 65.52% probability of finishing the game with the W.