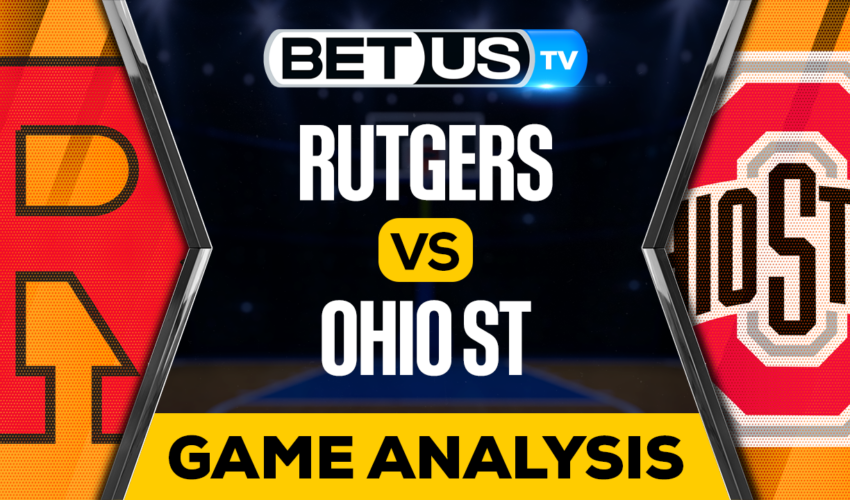 The Rutgers Scarlet Knights lock horns with the Ohio State Buckeyes in a Big Ten clash on Thursday evening. The Scarlet Knights managed to pick up a home win against Indiana in their previous outing. Meanwhile, the Buckeyes took down St. Francis PA on Saturday. The last time these two teams met each other, Rutgers barely managed to beat Ohio State in a 66-64 victory.

The Rutgers Scarlet Knights are heading into this challenging road encounter with confidence. They had a disappointing 68-61 defeat against Miami Ohio on Wednesday and bounced back by scoring a solid 63-48 win against Indiana on Saturday to start conference play. They are a solid team capable of taking down anyone. Their only other loss happened against Temple.

Clifford Omoruyi is having an outstanding season for Rutgers. The center wasn’t at his prime in the victory against Indiana but has managed to connect at least 50% of his field goals in four out of his last five matches and is carrying an average of 15.4 PPG and 9.8 RPG. On the other hand, Cam Spencer has cooled down, scoring only six points in his last two outings.

Now looking at the other side, Ohio State enters Big Ten play as a winner of three out of their last four matches. The Buckeyes have earned a few solid wins, taking down Cincinnati along with an 80-73 triumph against a good Texas Tech team. They were taken down in an 81-72 game at Duke, though they came back in a convincing 96-59 win against St. Francis PA.

For the Buckeyes, Brice Sensabaugh was kept in check against Duke, picking up only four points and countered with 15 points. The freshman forward has scored 20 points only one time this season and has posted an average of 14.3 points per game on 49.3% shooting. On the other hand, Zed Key had a perfect 5 for 5 from the field in Saturday’s win.

The implied probability for these two teams attached to the betting lines has Ohio St at a 74.03% chance of winning the game, meanwhile Rutgers has 29.85% probability of finishing the game with the W.