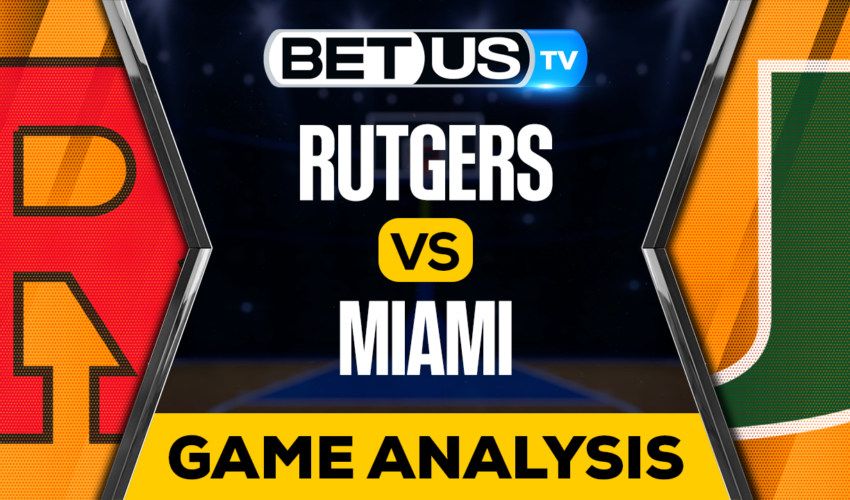 The Rutgers Scarlet Knights and the Miami Hurricanes will both be trying to extend their two-game winning streaks when they face off in the ACC/Big Ten Challenge on Wednesday. The Scarlet Knights are coming off a fresh 83-49 win over Central Connecticut, which means they are now 5-1 overall this season. Meanwhile, Miami has won six of its first seven games, a 66-64 victory at UCF being the most recent one.

Rutgers played without its fifth-year senior Caleb McConnell for the first five matches of the season, but on Saturday, he managed to return in an 83-49 victory over Central Connecticut. He had missed six weeks of college basketball due to an injury to his knee. In case you didn’t know, McConnell is reigning as the Big Ten Defensive Player of the Year and is one of the 20 players on the list for the Julius Erving Small Forward of the Year award.

Unfortunately for Rutgert, they are still missing guard Paul Mulcahy, who has 56 career starts in his career. Loyola transfer Cam Spencer is leading the team in terms of scoring with 17.3 points on average, also ranking second nationally with 3.7 steals per game. Center Clifford Omoruyi is averaging 16.8 points of his own and is completing his double-double average with 10 rebounds.

On the other hand, Miami has gotten off to a strong start to the season as well, coming out on top in six of its first seven games. The Hurricanes’ single loss came against Maryland two weeks ago, but they have managed to respond with victories over St. Francis and UCF. They are led by center Norchad Omier, who is currently averaging 13.4 points and 10.6 rebounds, shooting 62.7% from the floor.

The Hurricanes do have a solid 2-point shooting percentage at 55.3% and they do not turn the ball over a lot, which can be attributed mostly to their veteran guard play. While Miami is going to be at a height disadvantage heading into this matchup, they are a much more experienced team.

Let’s check the latest NCAAB picks, news, stats and NCAAB expert picks for Rutgers vs Miami. We’ve plenty of NCAAB predictions for you to consider.

The implied probability for these two teams attached to the betting lines has Rutgers at a 40.32% chance of winning the game, meanwhile Miami has 62.96% probability of finishing the game with the W.