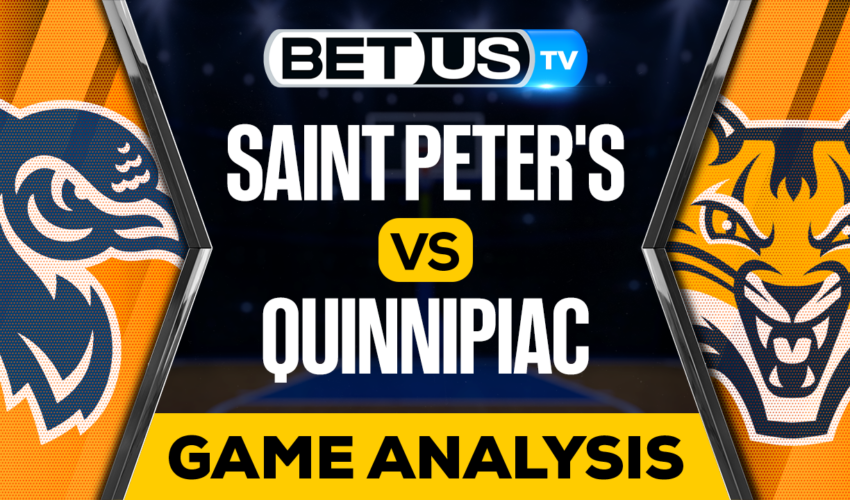 This Friday, January 13, we will have a duel between one of the best teams in their conference and another that seeks to get out of its bad moment and be able to start to pick up places in the standings. This is the Metro Atlantic Athletic Conference game between the Saint Peter’s Peacocks team and the Quinnipiac Bobcats.

The Saint Peter’s Peacocks are going through one of the worst moments this season. They are on a 3 game winless streak. The last victory was on December 30 when they managed to beat the Manhattan Jaspers by a score of 67-57. One of the lowest points and that has undoubtedly affected the team has been the large number of points they receive in their games, since to date they have received an average of 65.8 points per game, while they have barely managed to score an average of 63.1 points per game. Players like Isiah Dasher and Latrell Reid have not had the expected performance and despite the fact that they are the figures of the team, they have not managed to make that much difference. The Saint Peter’s Peacocks are located in tenth position in the Metro Atlantic Athletic Conference with a negative record of 7-9 and 2-5 in duels by conference.

The Quinnipiac Bobcats team lives in a very different situation from its rival. They are on a 3 game win streak. Their last loss was against the Siena Saints by a score of 83-76. Led by Dezi Jones, Paul Otieno and Luis Kortright as a team, he has managed to establish himself as one of the most solid in his conference. The team has managed to average a total of 73.8 points per game, while only averaging a total of 67.5 points received per game. The Quinnipiac Bobcats are fourth in the Metro Atlantic Athletic Conference with a positive 12-5 record, while in conference they have a 3-3 record.

For this game, the clear favorite is the Quinnipiac Bobcats team, who according to ESPN Analytics data have an 85.7% chance of winning the game, while the Saint Peter’s Peacocks barely have a 14.3% chance of winning.

Let’s check the latest NCAAB picks, news, stats and NCAAB expert picks for Saint Peter’s vs Quinnipiac. We’ve plenty of NCAAB predictions for you to consider.

The implied probability for these two teams attached to the betting lines has Saint Peter’s at a 19.61% chance of winning the game, meanwhile Quinnipiac has 84.38% probability of finishing the game with the W.