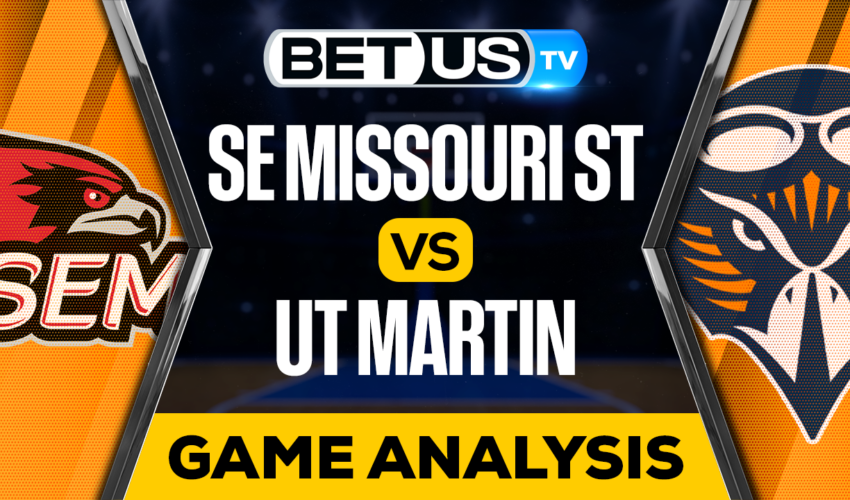 The Ohio Valley clash between the UT Martin Skyhawks and the SE Missouri State Redhawks is scheduled to take place today at Skyhawk Arena. Last season, the teams split their games, with SE Missouri State winning the second game 76-69 and the Skyhawks won the first one 84-63 at home. This game is definitely going to be a thrilling one to watch as both teams would really enjoy picking up a victory here.

The Morehead State Eagles usually have it all figured out at home, but UT Martin proved to be too much of a problem on Saturday. UT Martin defeated Morehead State 64–57 in their matchup. In the meanwhile, on Saturday, SE Missouri State defeated the SIU-Edwardsville Cougars 82-73.

You should keep an eye on Jordan Sears because he recently had a tremendous game in which he scored 18 points as UT Martin defeated Bowling Green 75-67 in December. For the Skyhawks, Sears contributed five rebounds and three steals. Desmond Williams added 15 points on 5 for 14 shooting, including 5 for 12 from beyond the arc. K.J. Simon scored 12 points after making 5 of 8 field goal attempts.

The Skyhawks have improved to 9-6, while the Redhawks fell to a corresponding 6-9. Keep these two offensive statistics in the back of your mind as you watch: UT Martin averages 82.8 points per game, which places them 18th. Less admirably, SE Missouri State has only been successful with 42.10% of their attempts, which ranks as the 52nd-lowest field goal percentage in collegiate basketball.

To nobody’s surprise, the UT Martin Skyhawks have picked up wins in eight out of their last 14 encounters against the SE Missouri State Redhawks. Today’s game is likely to be close, but UT Martin should prevail unless anything completely unexpected happens during the game.

The implied probability for these two teams attached to the betting lines has SE Missouri State at a 47.62% chance of winning the game, meanwhile UT Martin has 56.52% probability of finishing the game with the W.